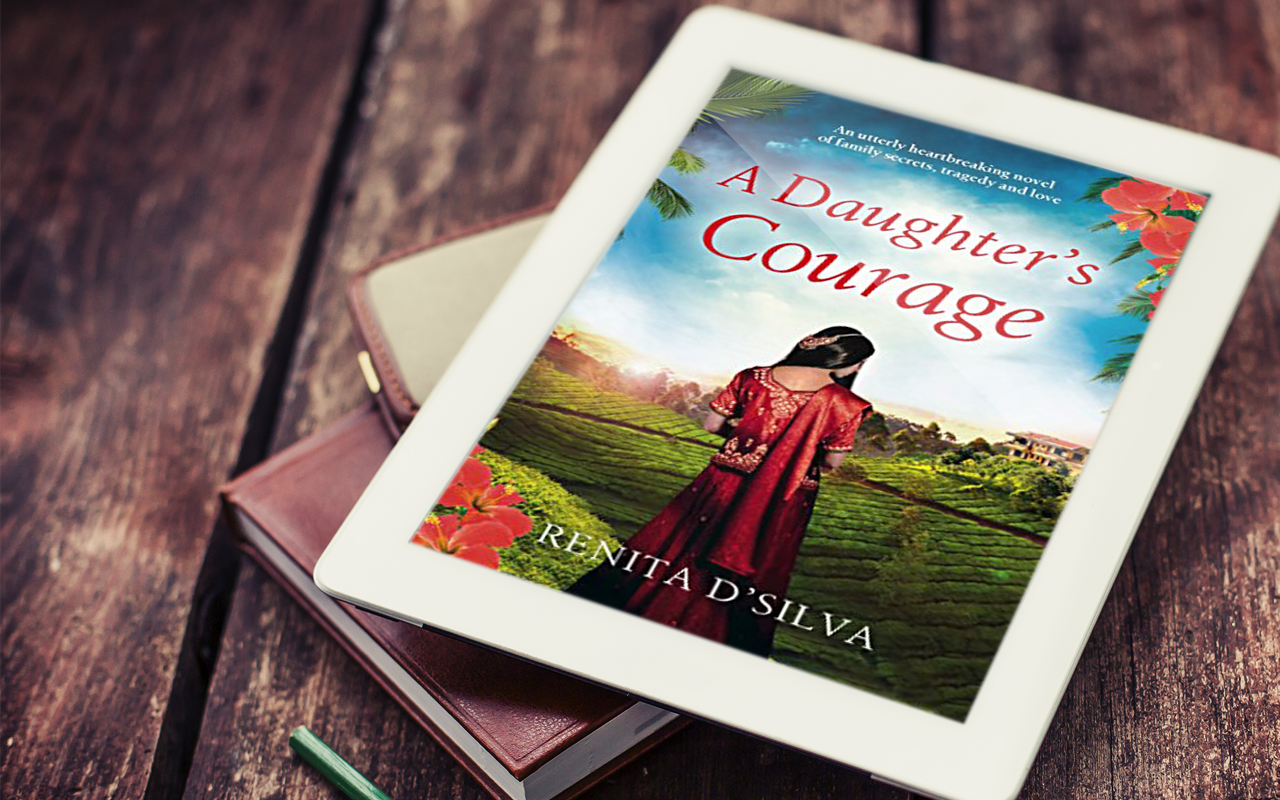 How much would you sacrifice to save your family?

1929. When a passionate love affair threatens to leave Lucy in disgrace, she chooses a respectable marriage over a life of shame. With her husband, coffee-plantation-owner James, she travels to her new home in India, leaving her troubled past behind her.

Everything in India is new to Lucy, from the jewel-coloured fabrics to the exotic spices. When her path crosses that of Gowri, a young woman who tends the temple on the plantation’s edge, Lucy is curious to find out more about her, and the events that lead her to live in isolation from her family…

Now. With her career in shatters and her heart broken by the man she thought was her future, Kavya flees from bustling Mumbai to her home town. A crumbling temple has been discovered in a village nearby, and with it letters detailing its tragic history – desperate pleas from a young woman called Gowri.

As Kavya learns of Gowri and Lucy’s painful story, she begins to understand the terrible sacrifices that were made and the decision the two women took that changed their lives forever. Can the secrets of the past help Kavya to rebuild her life?

I hadn’t read any of Renita’s books previously but this novel came up on my amazon recommends list based on my love of Dinah Jefferies. When I then saw it again on Goodreads and then on again on NetGalley I knew it was clearly going to be a book I should pick up since enough sites were tellig me I’d enjoy it!

The best part of the book for me was the various different POV’s across the two eras. I really felt the tone of each was spot on and that they helped to add different view points to the story progression.

Renita’s passion for the culture and the country itself came across in the writing and the descriptions of the scenes. At times they were so rich and detailed I could almost feel the heaviness of the heat she was describing.

For me it lacked the story progression to put it on the same level as a Dinah Jefferies novel, which was a shame, it didn’t have the same pace so I got bored and I’m sad to say I nearly DNF at the 30% mark.

I also found the story a little predictable, plots twists aren’t all that great when you see them coming so they fell a little flat.

I enjoyed the read, I just didn’t love it.

Saying this I would pickup more of Renita’s novels, I’d heard some great things about A Mother’s Secret so that is one I will certainly be reading at some point.

You can purchase A Daughter’s Courage on Amazon* today