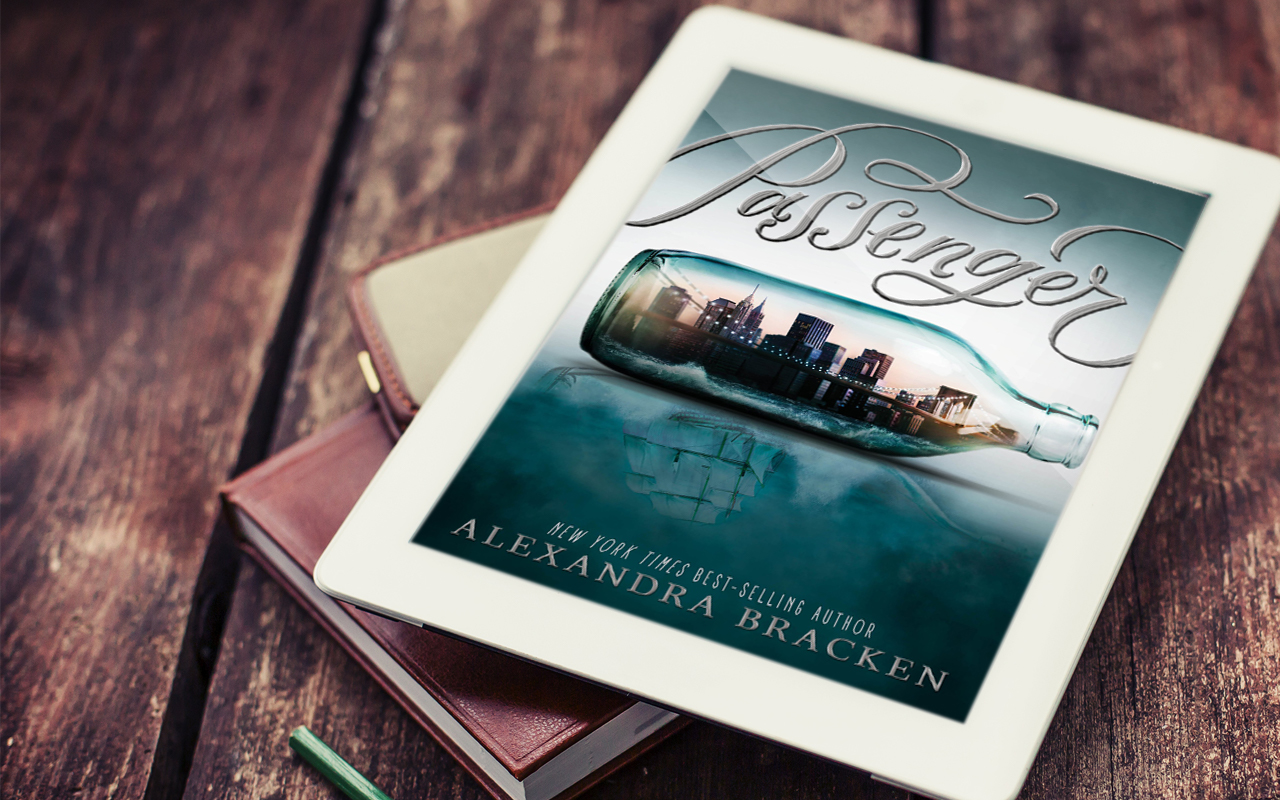 In one devastating night, violin prodigy Etta Spencer loses everything she knows and loves. Thrust into an unfamiliar world by a stranger with a dangerous agenda, Etta is certain of only one thing: she has traveled not just miles, but years from home. And she’s inherited a legacy she knows nothing about from a family whose existence she’s never heard of. Until now.

Nicholas Carter is content with his life at sea, free from the Ironwoods-a powerful family in the Colonies-and the servitude he’s known at their hands. But with the arrival of an unusual passenger on his ship comes the insistent pull of the past that he can’t escape and the family that won’t let him go so easily. Now the Ironwoods are searching for a stolen object of untold value, one they believe only Etta, his passenger, can find. In order to protect her, Nick must ensure she brings it back to them-whether she wants to or not.

Together, Etta and Nicholas embark on a perilous journey across centuries and continents, piecing together clues left behind by the traveler who will do anything to keep the object out of the Ironwoods’ grasp. But as they get closer to the truth of their search, and the deadly game the Ironwoods are playing, treacherous forces threaten to separate Etta not only from Nicholas but from her path home forever.

I’d seen this book mentioned on Goodreads a few times. It seemed to get mixed reviews but as a big fan of time travel novels (Outlander is a fav!) I thought I had better check it out and decide what I thought for myself.

WOW, this was so different! I think with YA I sometimes get a sense of Deja Vu, as some of the storylines follow a similar formula. Not so with Passenger. It felt new and edgier than anything I’ve read recently and it was a breath of fresh air.

Sometimes I felt the book got a little lost. I wanted it to be like a Dan Brown novel, fast-paced with constant twists and turns, it certainly felt like it was building towards this. Although it did have it, at some points the book seemed to falter and lose it’s way. Unfortunately, at those points, I found it a little hard going and had to push through to the good stuff!

I can see why some readers found this hard work. It’s very rich in detail and initially, the “rules” of time travel were a little difficult to follow.

However, the story and the world created in the detailed descriptions was deeply intriguing to me. I loved the slower pace and the relationship built between Etta and Nicholas in particular.

Patience is required with this one due to the slower pace, but the locations and character development make it well worth the effort.

You can purchase Passenger on Amazon today