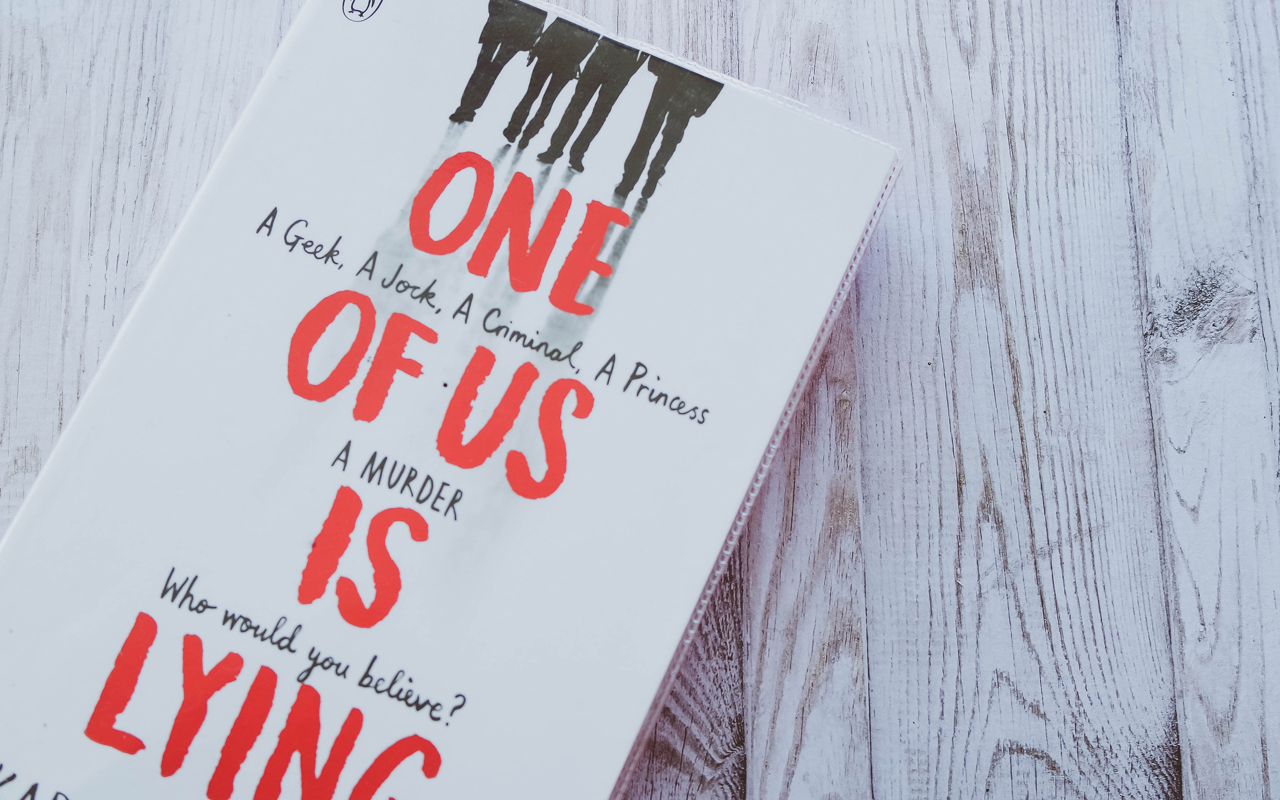 One of Us Is Lying Synopsis

Bronwyn, the brain, is Yale-bound and never breaks a rule.

Addy, the beauty, is the picture-perfect homecoming princess.

Nate, the criminal, is already on probation for dealing.

Cooper, the athlete, is the all-star baseball pitcher.

And Simon, the outcast, is the creator of Bayview High’s notorious gossip app.

Only, Simon never makes it out of that classroom. Before the end of detention, Simon’s dead. And according to investi­gators, his death wasn’t an accident. On Thursday, he died. But on Friday, he’d planned to post juicy reveals about all four of his high-profile classmates, which makes all four of them suspects in his murder. Or are they just the perfect patsies for a killer who’s still on the loose? Everyone has secrets, right? What really matters is how far you would go to protect them.”

As a general rule, I do not read contemporary YA fiction, ever. In fact, it’s only recently that I picked one up, and even then it was by accident as I hadn’t read the blurb properly. This one, however, was mentioned and raved about SO MUCH on Twitter by the YA reading community that it almost seemed like I HAD to read it… so, ever the sheep that I am, I did!

It’s unusual these days that I put life on the back burner and read a book from cover to cover in a day or two, but for this book, I did just that. I couldn’t help it; In the car on the way to work (not driving obviously!), on my lunch break, whilst cooking dinner (badly of course!) I was devouring the next chapter of this book. The author does a great job of keeping you guessing and teasing you just enough that you have to keep going, I loved that the most. The anticipation, the thrill of not knowing until the very end.

Apart from the main “Who killed Simon” plot point there are lots of friendship and family relationships developing throughout, which kept the story moving as you slowly delved deeper into the mystery. It’s told from each of the main characters POV’s and this added to the mystery and really helped to flesh out the characters as you started to learn more about them as you tried to decide whodunnit

Nothing, I honestly didn’t, and I rarely say that. Anytime that it felt like the story might be getting a bit monotonous, BAM! A twist came and moved the story on.

I wanted to hate the stereotypes because really, this book RUNS on stereotypes, but I didn’t. Even though they were all classic high school characters, they were all flawed in a variety of different ways, which made them interesting and relatable rather than annoying.

It’s like a Dan Brown novel for YA readers, a mystery/thriller that keeps you guessing right to the very end, and whether you guessed right or not, you won’t really care as the ride it so enjoyable.

You can purchase One of Us Is Lying on Amazon today