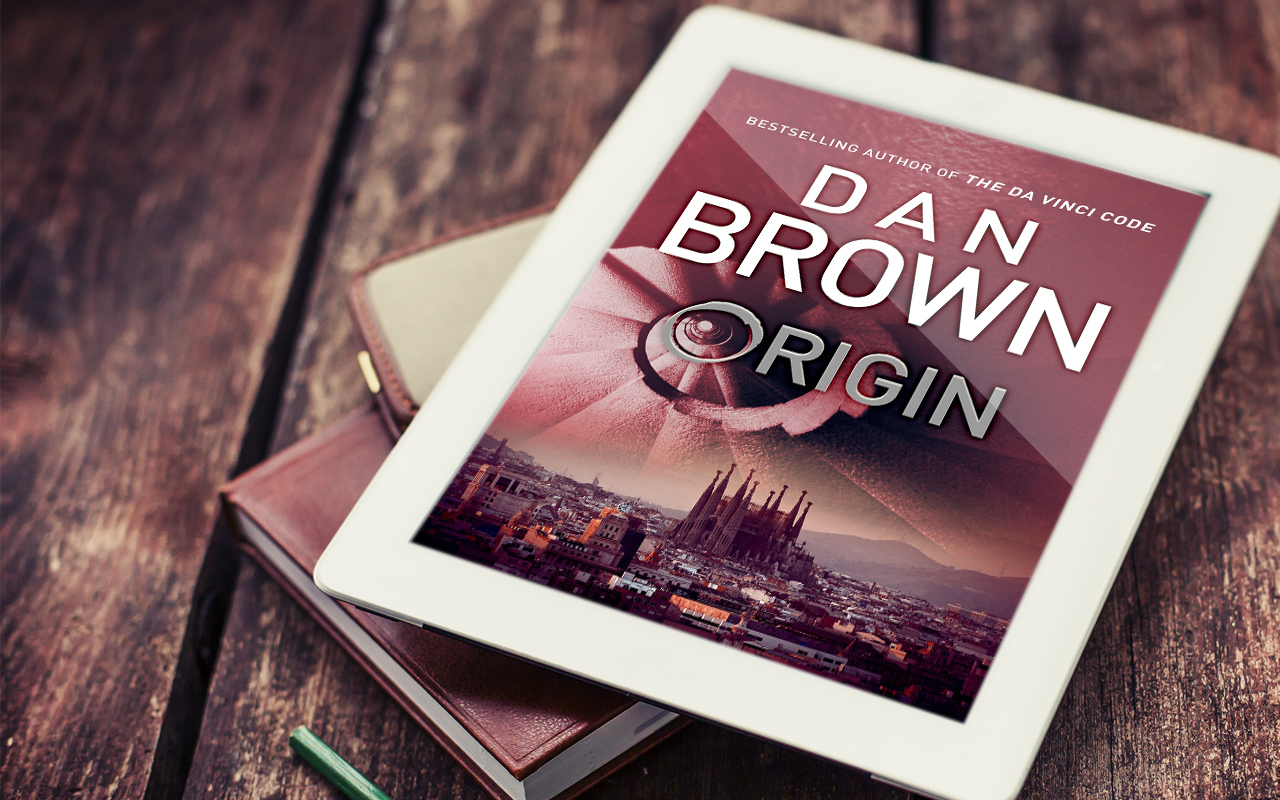 “Robert Langdon, Harvard professor of symbology and religious iconology, arrives at the Guggenheim Museum Bilbao to attend the unveiling of a discovery that “will change the face of science forever”. The evening’s host is his friend and former student, Edmond Kirsch, a forty-year-old tech magnate whose dazzling inventions and audacious predictions have made him a controversial figure around the world. This evening is to be no exception: he claims he will reveal an astonishing scientific breakthrough to challenge the fundamentals of human existence.

But Langdon and several hundred other guests are left reeling when the meticulously orchestrated evening is blown apart before Kirsch’s precious discovery can be revealed. With his life under threat, Langdon is forced into a desperate bid to escape, along with the museum’s director, Ambra Vidal. Together they flee to Barcelona on a perilous quest to locate a cryptic password that will unlock Kirsch’s secret.

In order to evade a tormented enemy who is one step ahead of them at every turn, Langdon and Vidal must navigate labyrinthine passageways of hidden history and ancient religion. On a trail marked only by enigmatic symbols and elusive modern art, Langdon and Vidal uncover the clues that will bring them face-to-face with a world-shaking truth that has remained buried – until now.”

*Sighs* FOMO, the hype and the fact I’ve read everything else Dan Brown has ever written. Despite finding some of his more recent novels hit and miss I wasn’t going to miss out on the opportunity to read Origin in case it was worth the hype for once (review spoiler; IT WAS!!!)

It reminded me of the good old days, like the early novels, where the chase and anticipation of whodunnit were sufficient to get you to read through 400+ pages in a single sitting. Although there is a little scene-setting initially I still found that the excitement built from the very beginning and it didn’t really stop there.

I loved the topic covered in Origin, yet again Dan Brown has focused in on a subject that is VERY relevant in today’s media and taken it a stage further, adding an element of the sinister in there for good measure.

I’m a little bored of the formula, you know the one. Robert ALWAYS has to have some incredibly attractive, and most of the time, incredibly knowledgeable and educated woman, to join him on his adventure. If I’m honest, I’m starting to find it a tad annoying.

The end, well not the ACTUAL end as such, the bit BEFORE the end, that FELT like the end (yeah, you’ll need to read it for any of that to make ANY sense!). Either way, after such an action-packed adventure through the first two thirds of the book it came to a very abrupt “lull” which bit ruin the suspense a little bit for me.

My love for Dan Brown books has been restored, I can’t wait for the next instalment!

You can purchase Origin on Amazon today