Considering my husband LOVES his steak we’ve never really considered Miller & Carter, preferring local restaurants over a chain. I mean how good can steak be from a chain restaurant, compared to something more locally sourced?

On a whim one Thursday we decided to find out and give their Dates & Steaks Thursday set menu a try at our local branch.

To start we both went for the “Salt & Pepper Calamari”. We both thought this was a good choice. The calamari was tender and not even a little bit chewy. The batter itself was light and crispy and went well with the chipotle chilli mayonnaise it was served with. 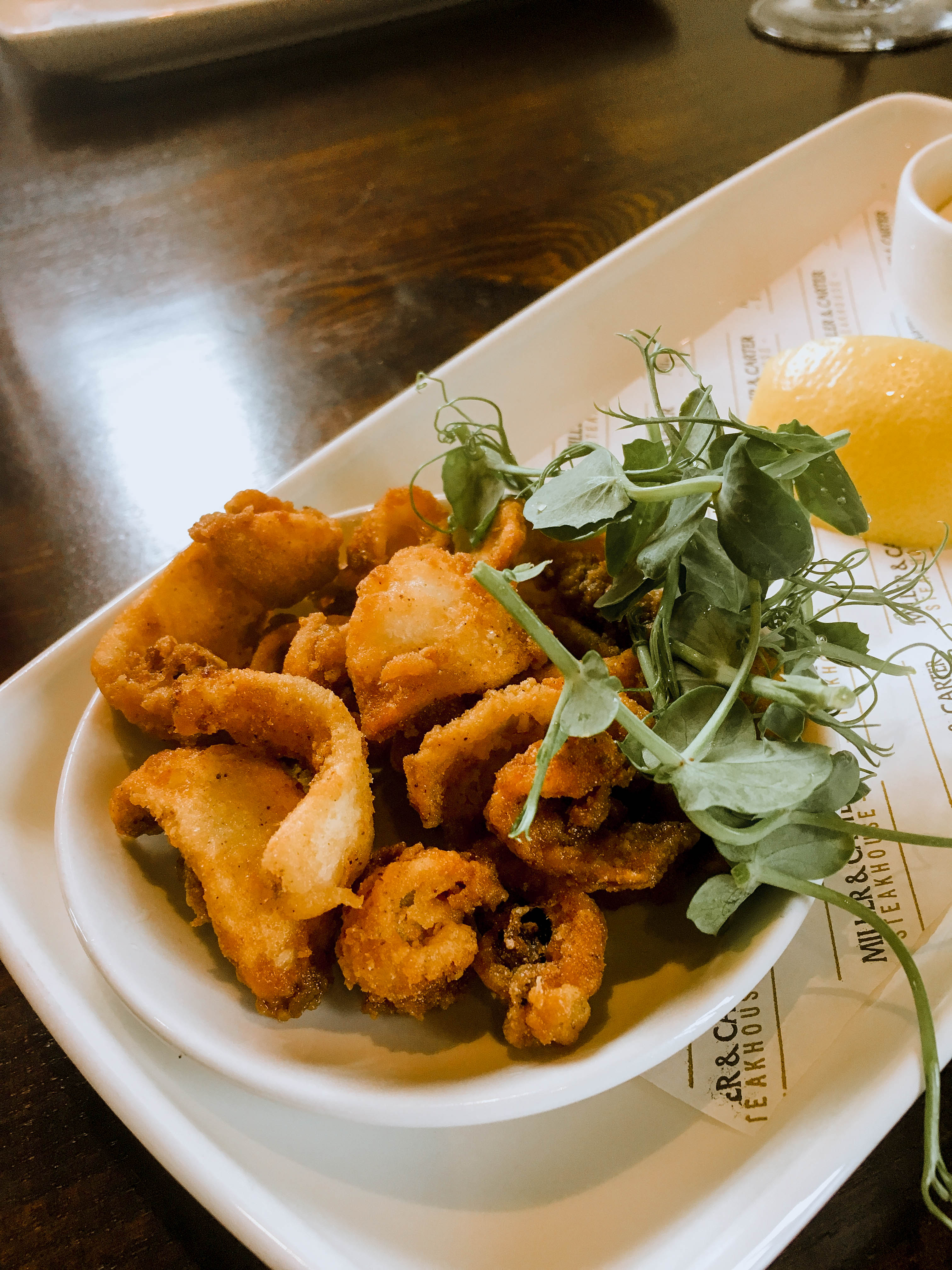 For mains we both went for the “8oz 30 day aged Fillet”, medium rare, with a “British Beef dripping sauce” which, sounded amazing! and a slice of onion loaf. The hubby had fries whilst I went for a slightly healthier jacket potato. I mean, I was having “dripping sauce” so that ship had already sailed but still… 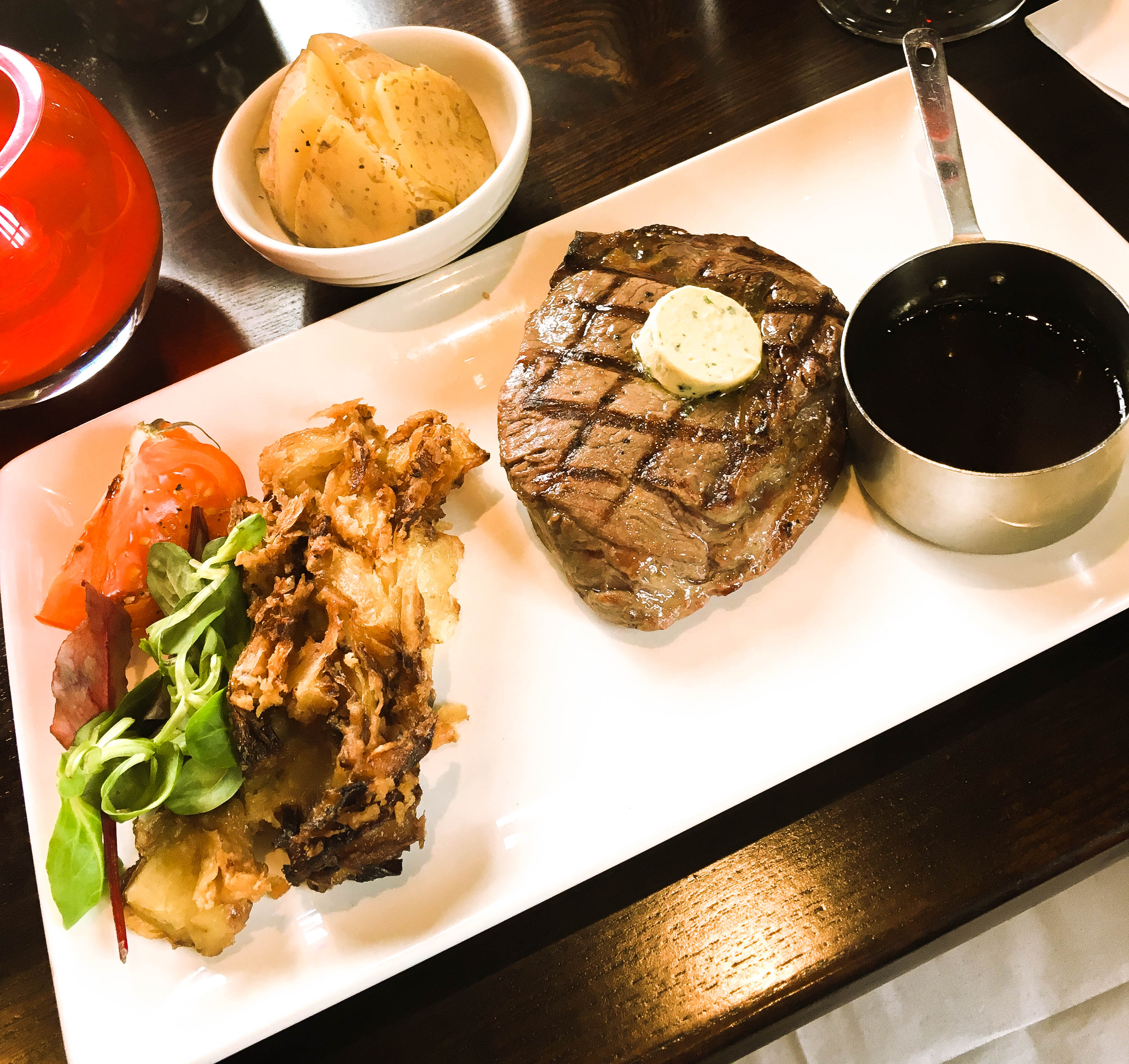 It wasn’t the BEST steak I’ve ever had I’ll be honest, but, it was still very nice and cooked exactly as we asked for. I mean you’d like to think this was a given in a steakhouse, but sometimes it’s not the case! The dripping was as good as it sounded, especially when poured over the jacket potato… yes, I know, pointless healthy choice in the end!

I should also mention that the steak is served with a lettuce wedge, well actually it arrives before. It’s apparently a bit of a Miller and Carter tradition, but I really didn’t get the point of it. It’s difficult to eat and adds nothing to the meal, I would have much preferred a side salad but anyway here it is… 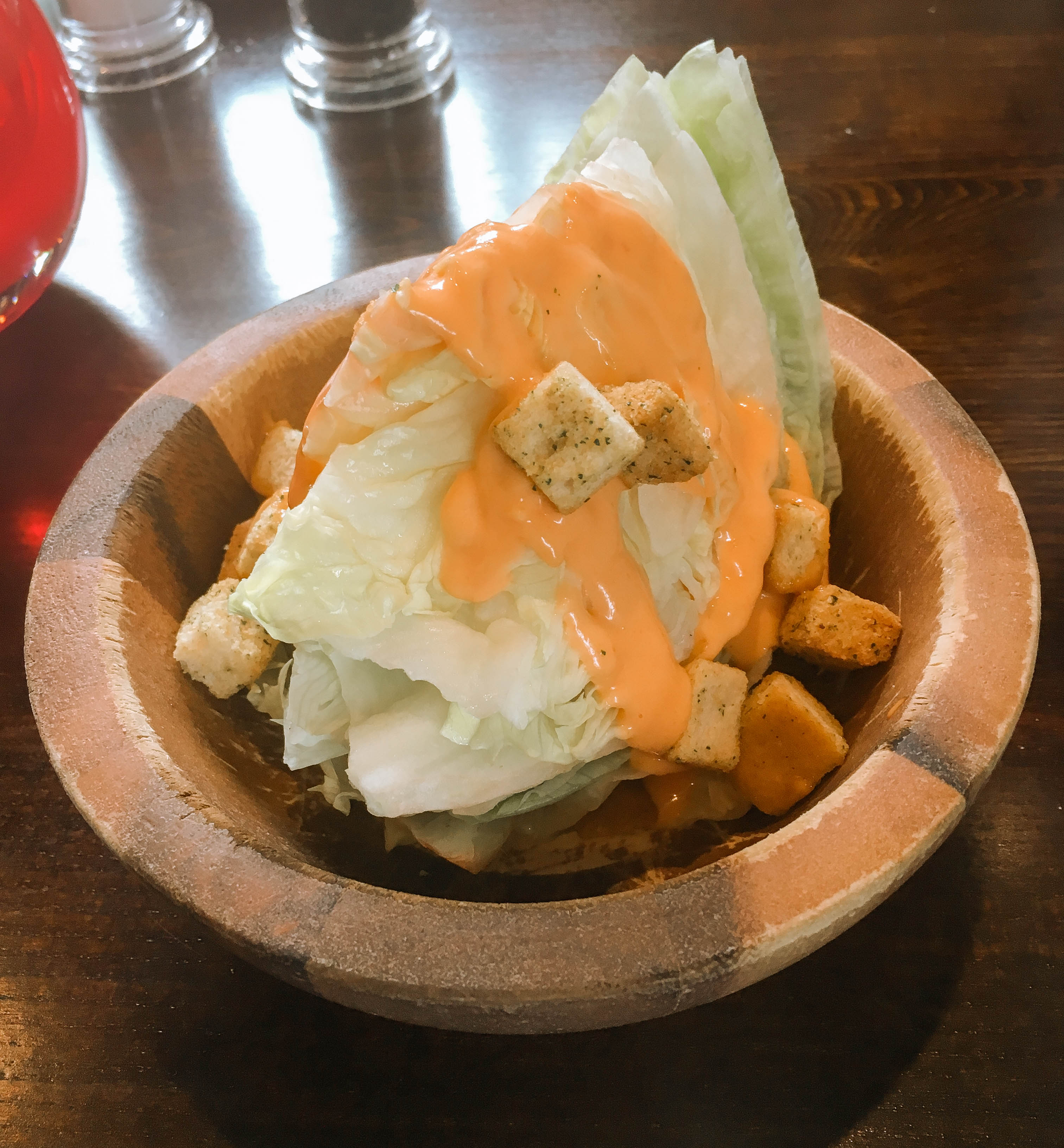 I know, I couldn’t work out how to eat it either.

For dessert we couldn’t decide so we both went for the “Sticky Toffee Pudding” served with a rich salted butterscotch sauce and vanilla bean ice cream. It was tasty although maybe a little bit of a stodgy choice given how full we both were. 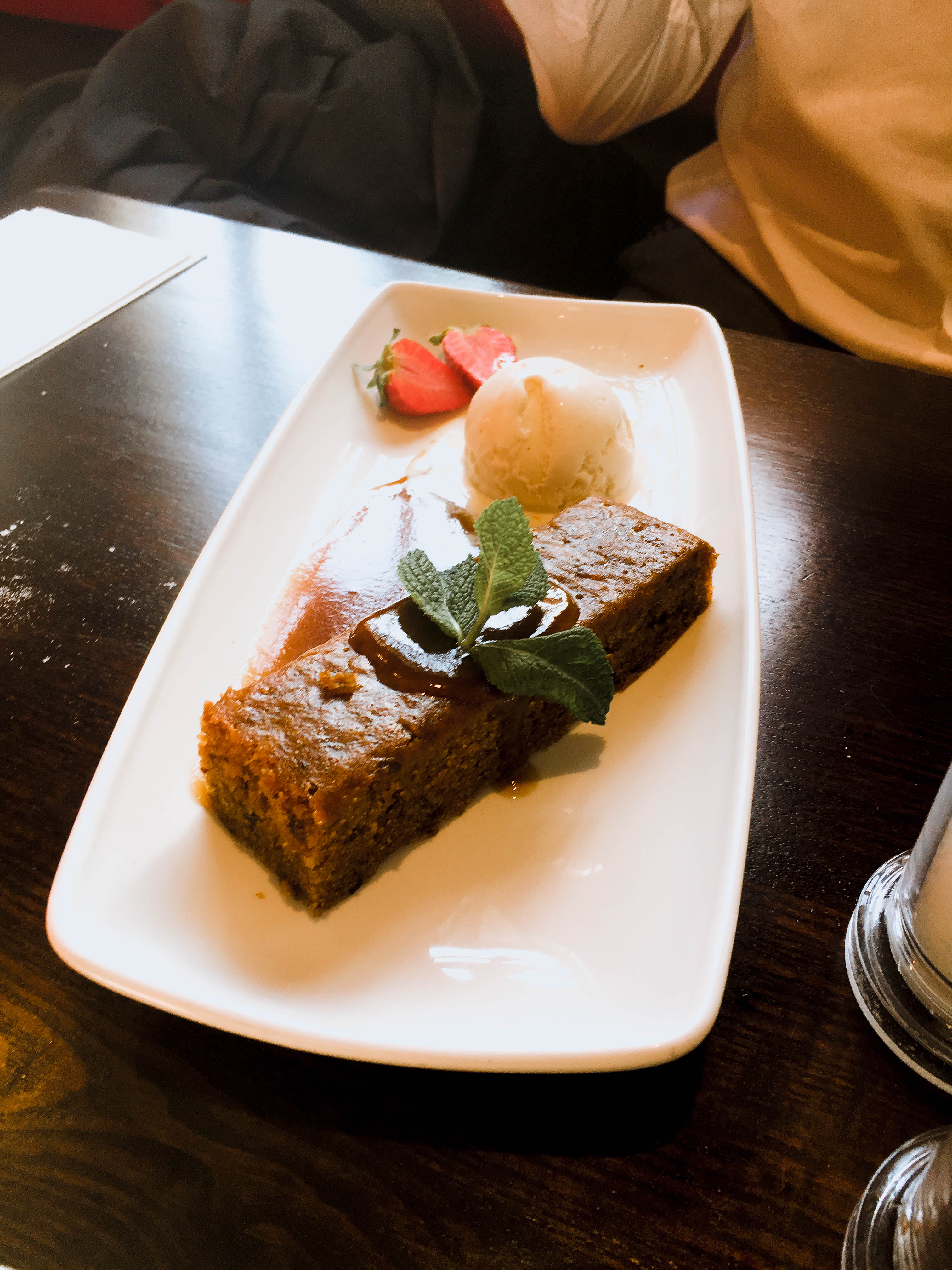 At £25.95 per person (plus an extra £5 supplement each for the fillet) it’s not a cheap meal. But given what you would pay locally for fillet steak alone it’s not a bad option as a treat.

Have you ever been to Miller and Carter? Have you given the Steak and Dates menu a try yet? Let me know what you thought.