Once we had a spot sorted we headed off to use our Tron fastpass. This area is rather special at night 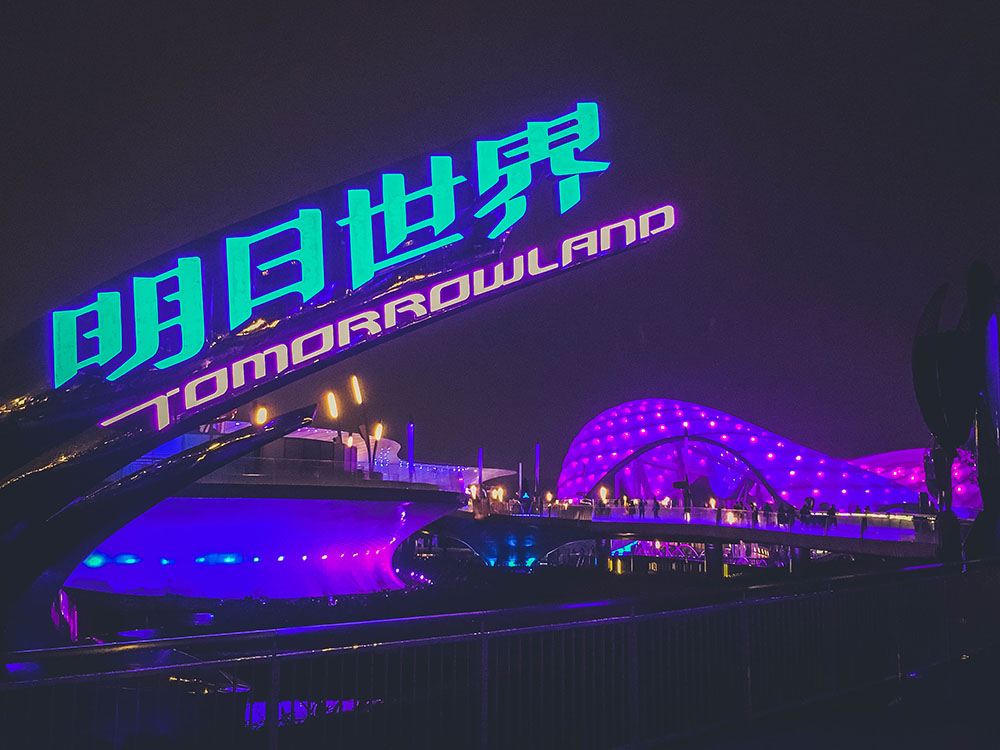 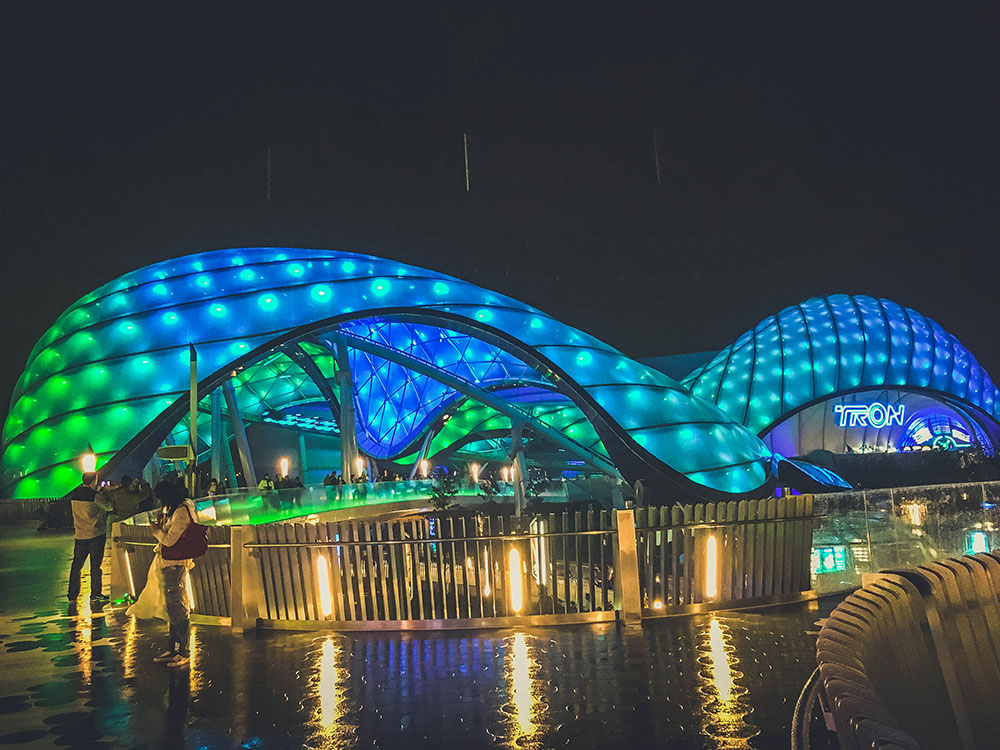 We stood and watched the bikes fly past a few times. 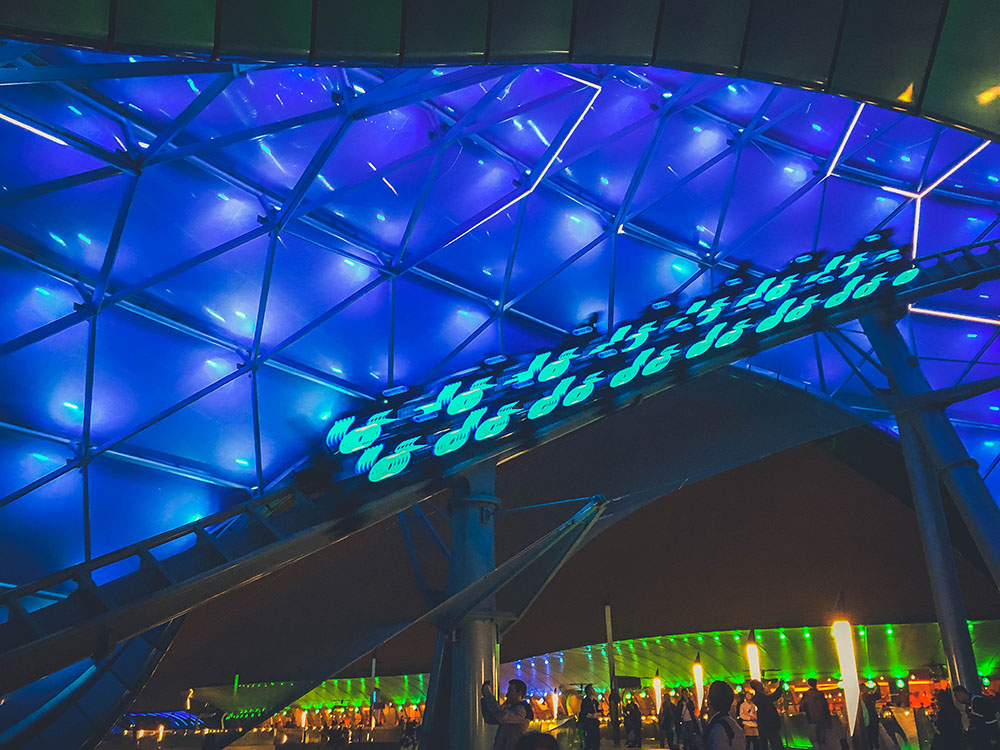 The wait time wasn’t particularly long and we ended up getting a few rides in the main queue as well. 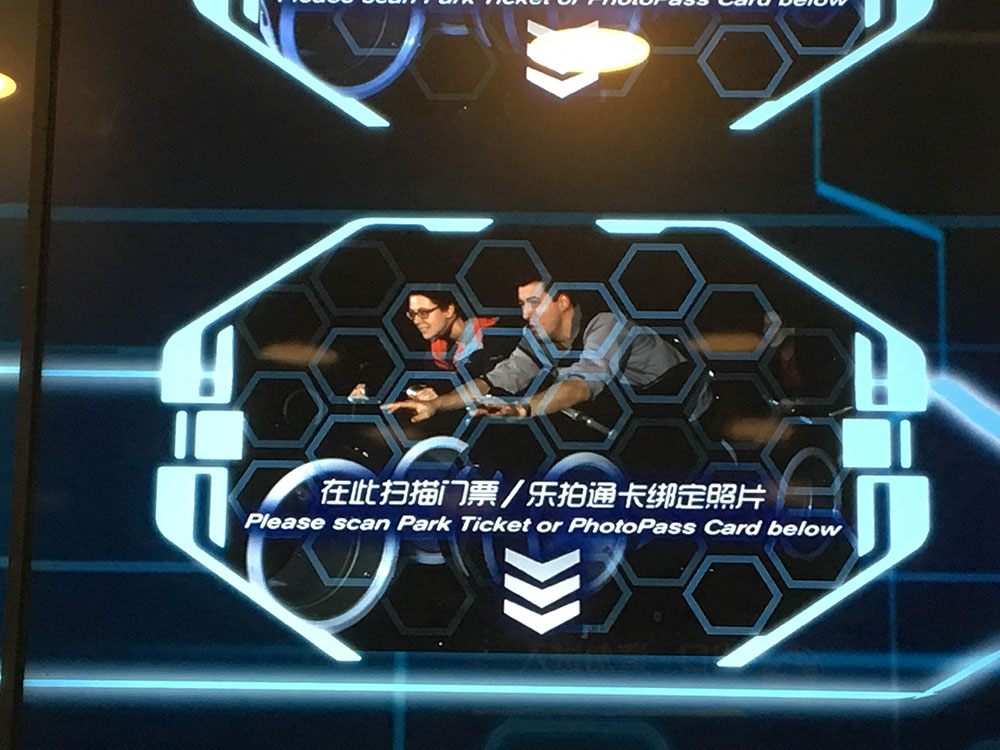 On the way to grab our spot for the fireworks we spotted the mickey meet and greet with no wait, again it’s pretty hidden!

Mickey was all dressed in his grand opening best. 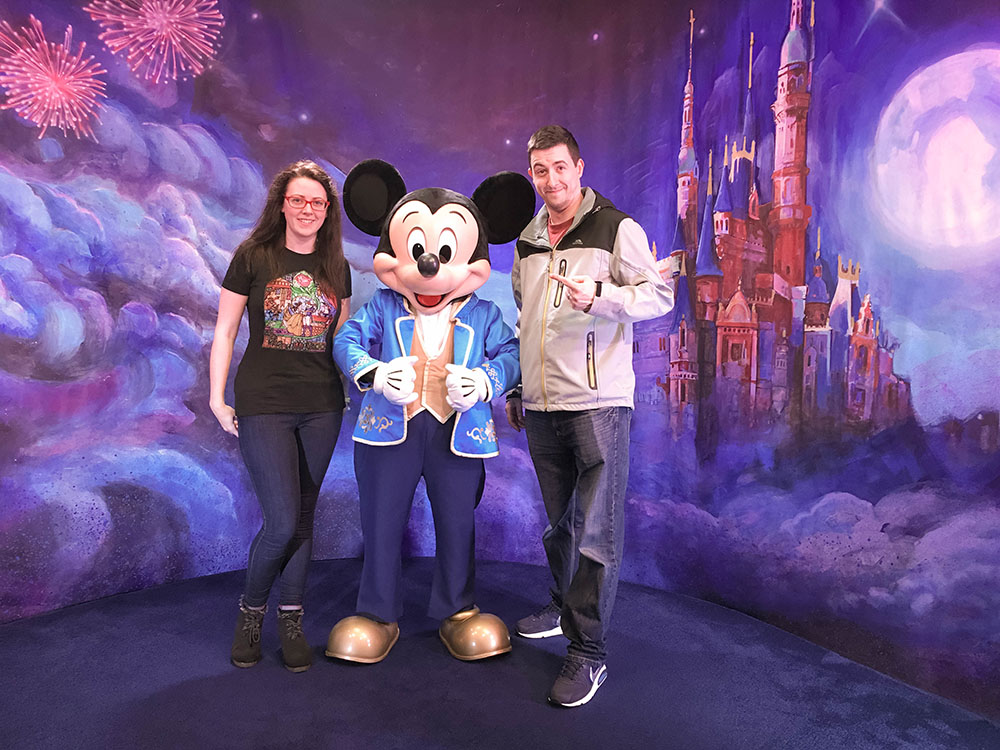 We made it to our spot with around 45 minutes to go before show time. We were pretty much right by the railings. 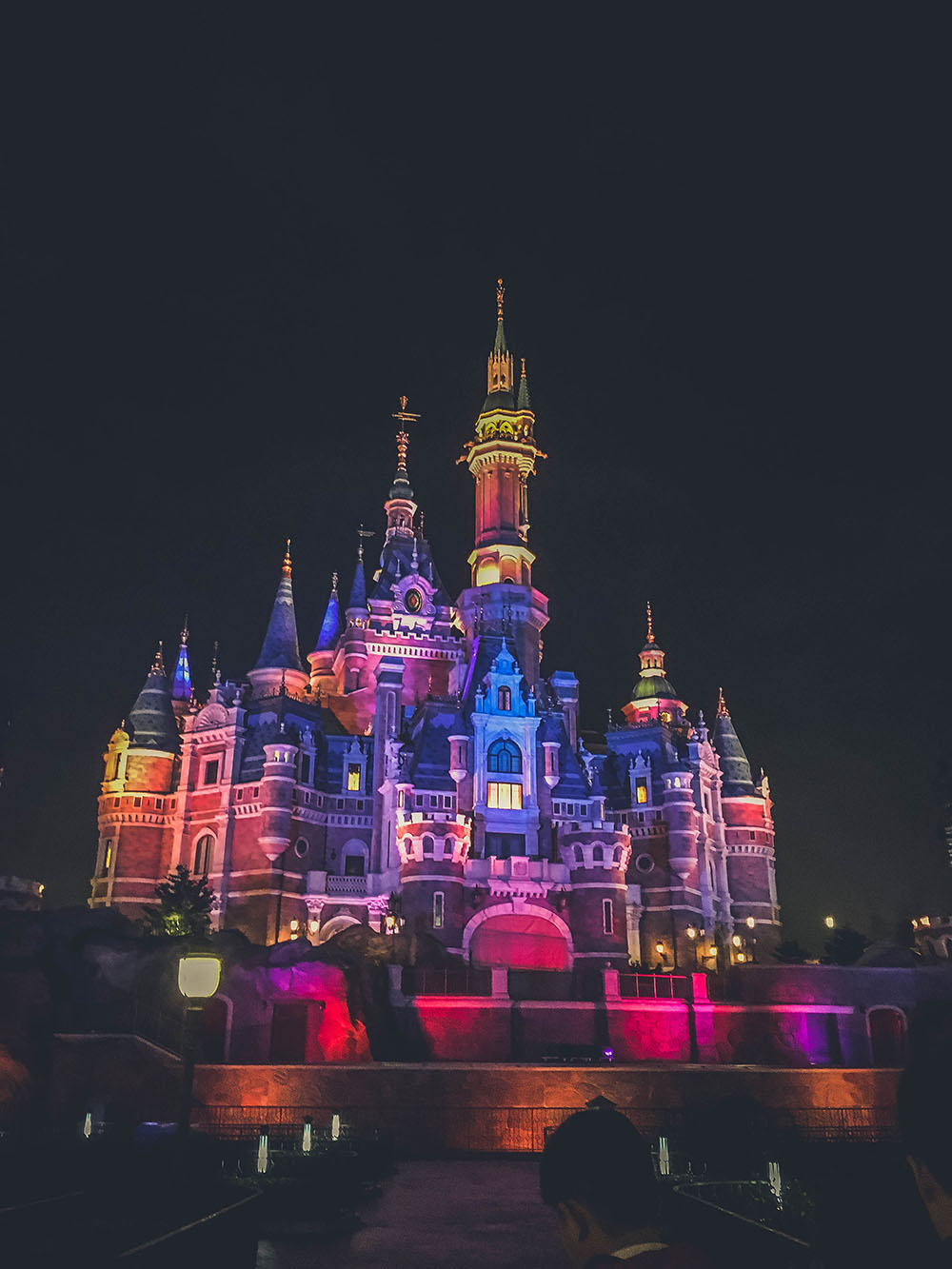 We weren’t sure if they would let us closer nearer the start as they had with the castle show, they didn’t but it’s still a pretty good view! 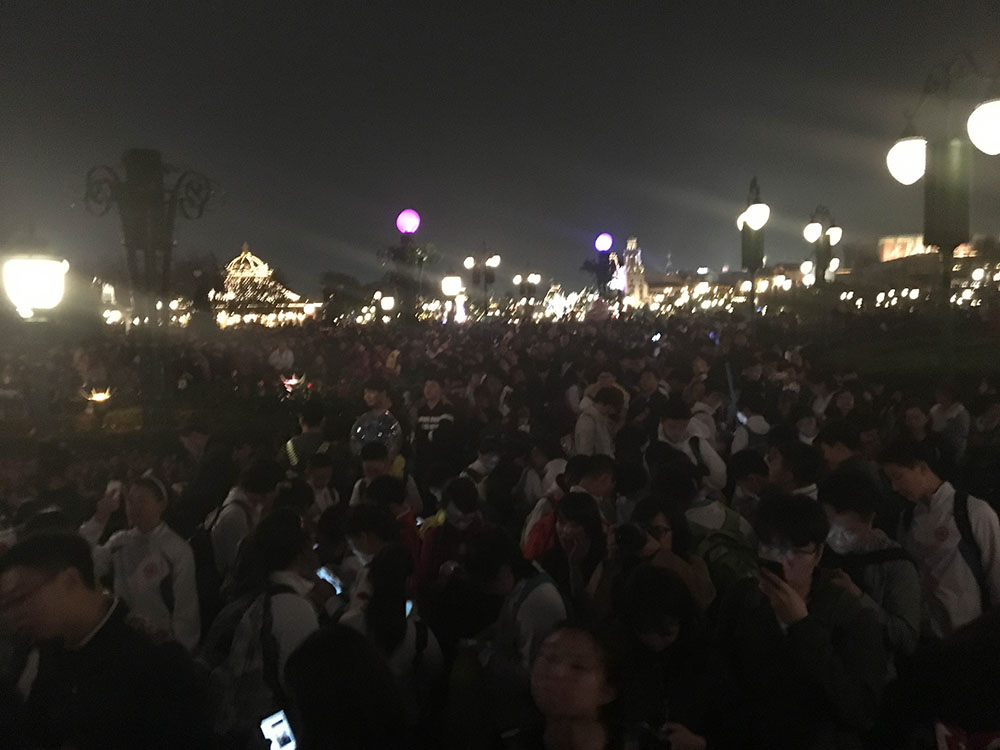 And then it began! 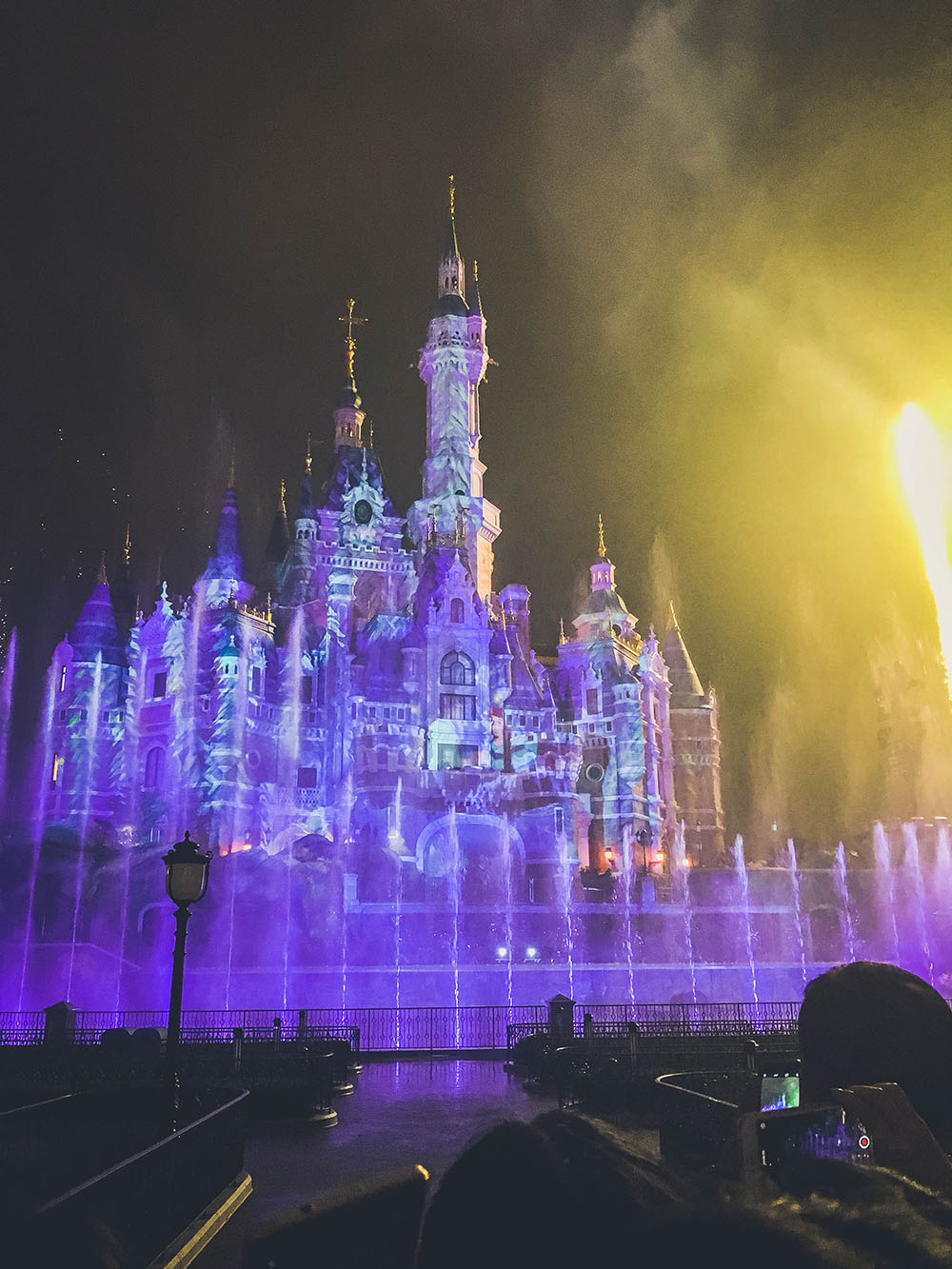 It’s not the best show I’ve seen, the music didn’t really cut it for me but it was still pretty cool 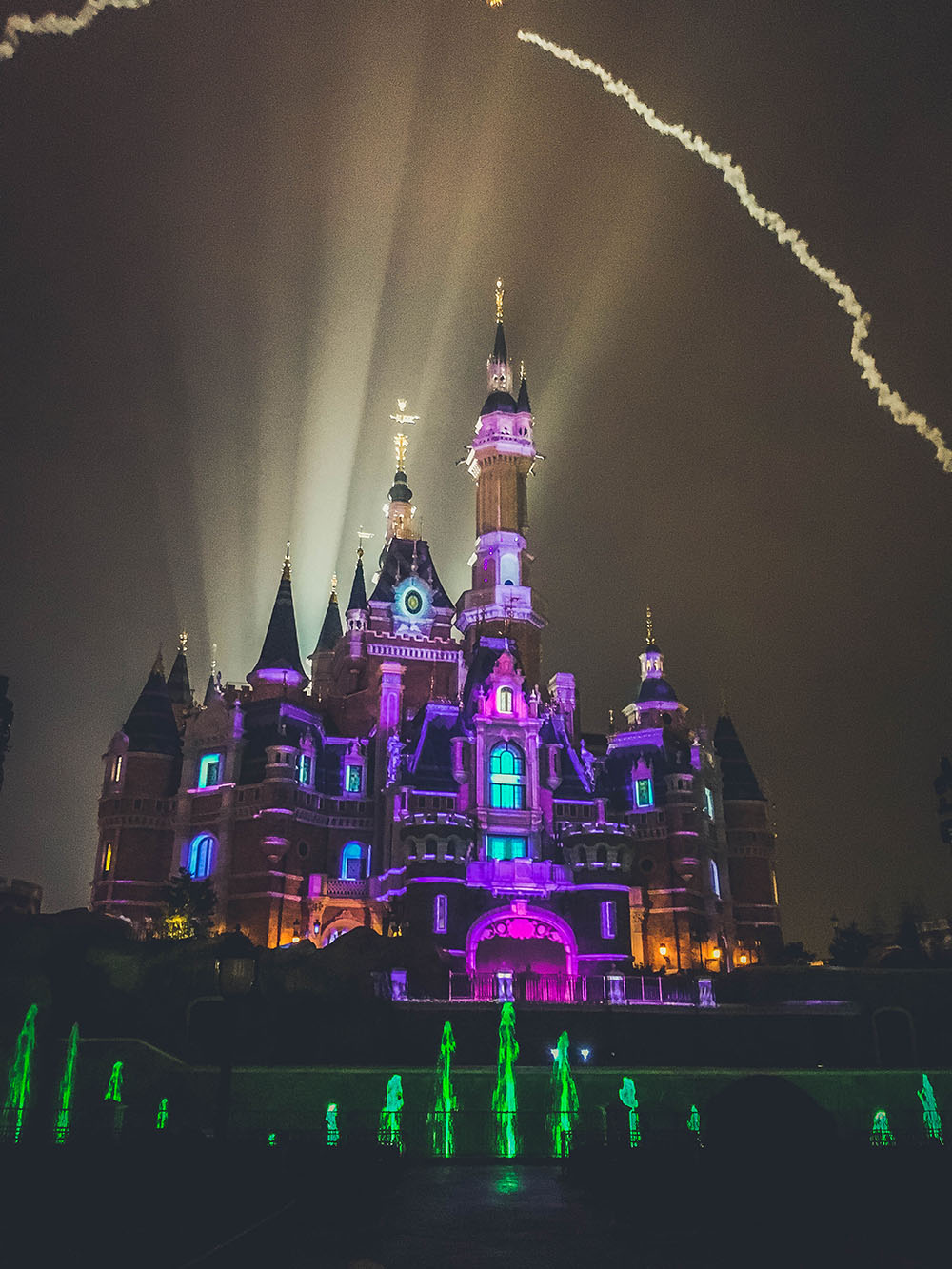 and as usual I did shed a tear when Part of your world came on… I can’t help it! 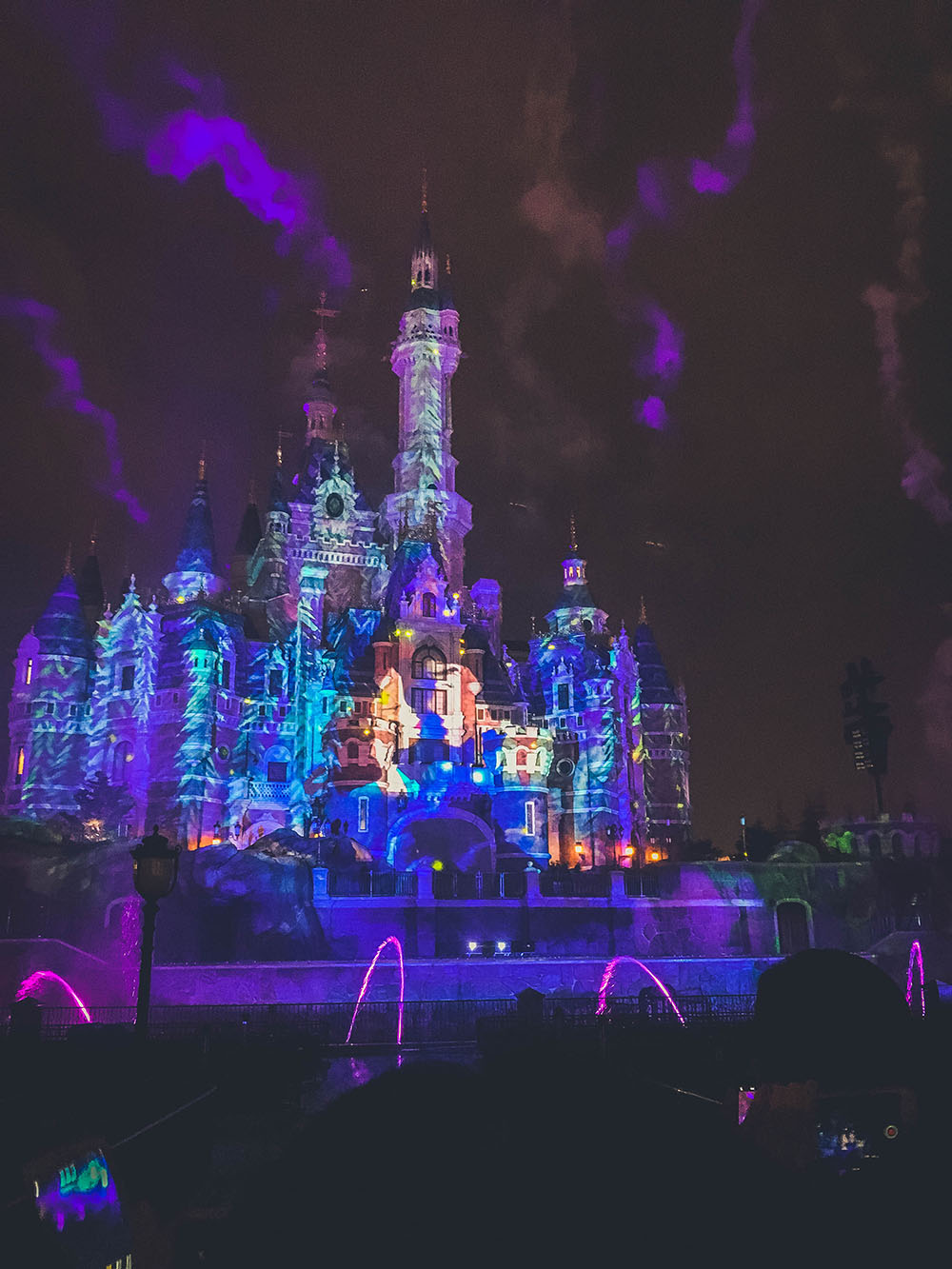 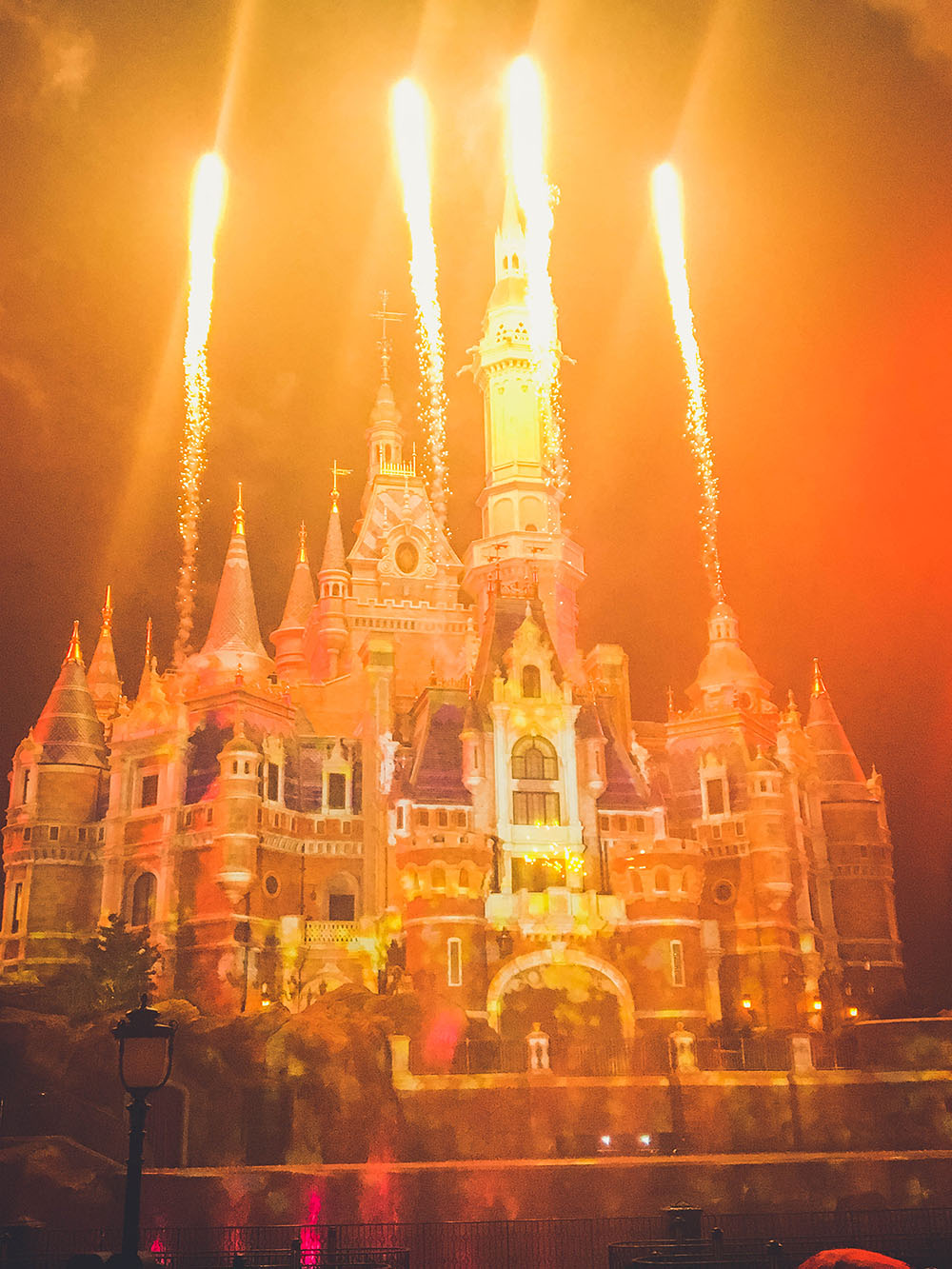 After the show there’s a mini aftershow but we didn’t stick around. We’d deliberately stood on the left hand side of the castle so that we could use the cut through exit for Disney Town.

The plan was to head to The Cheesecake Factory tonight but we decided to wander and look in a few shops first to decided what we’d like to buy. 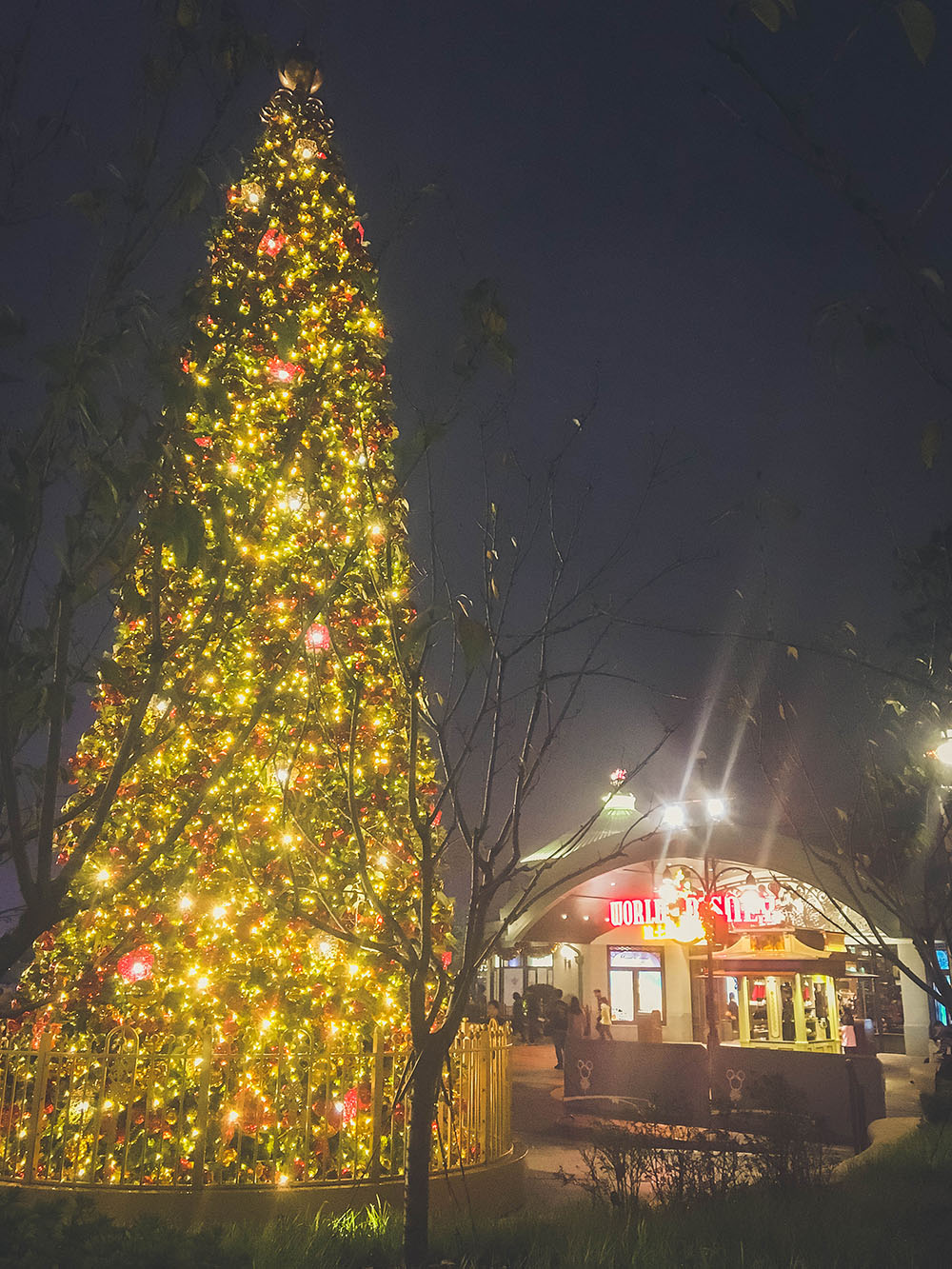 We didn’t last long though, we were both starving!

We headed in and were ushered in straight away to a lovely booth. the staff here seemed a lot better but again we were seated near the staff area, it was fine but every time we looked up they assumed we needed assistance so it was a little awkward on occasion 😛

I managed to grab a few photos of the menu 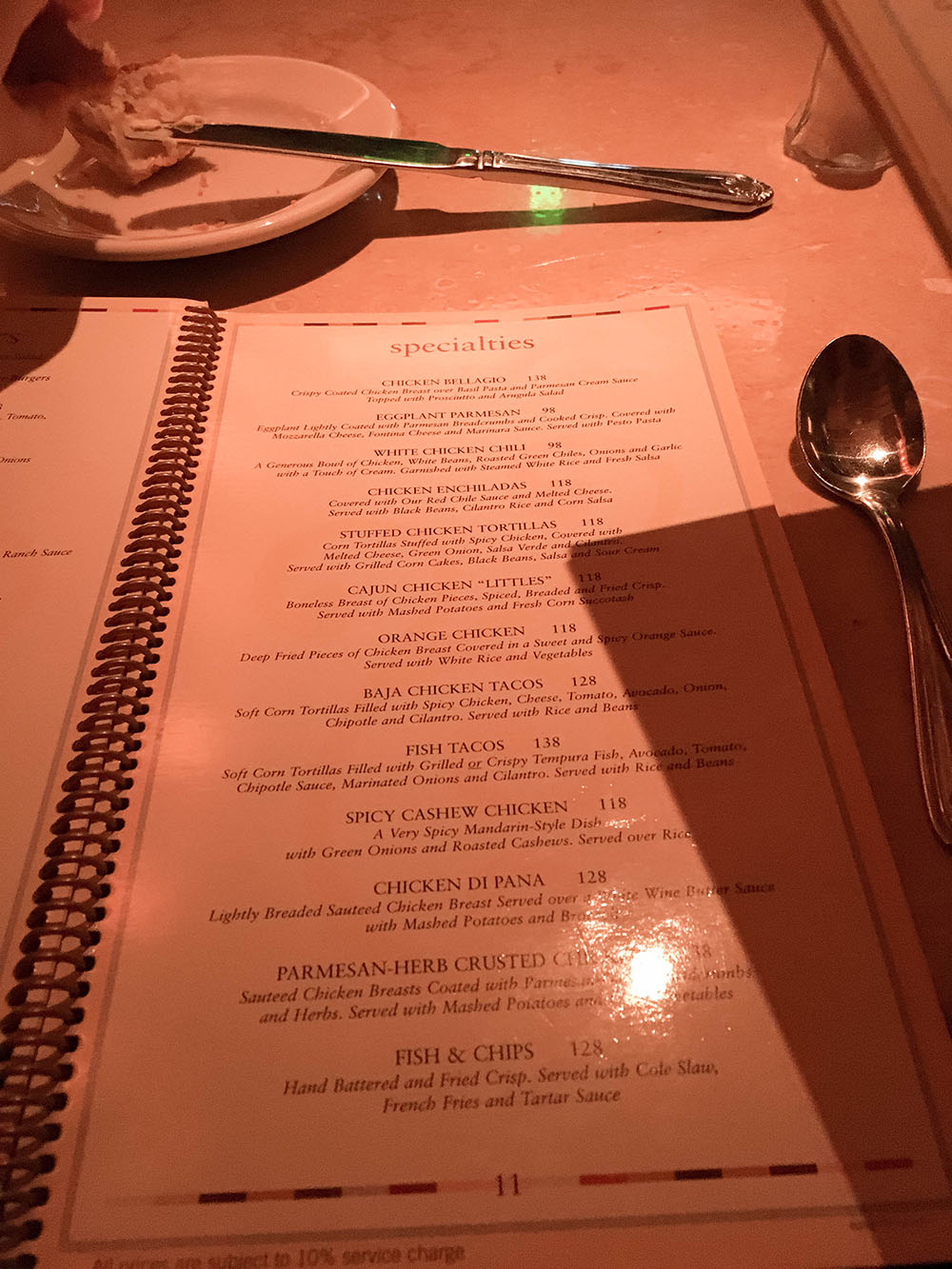 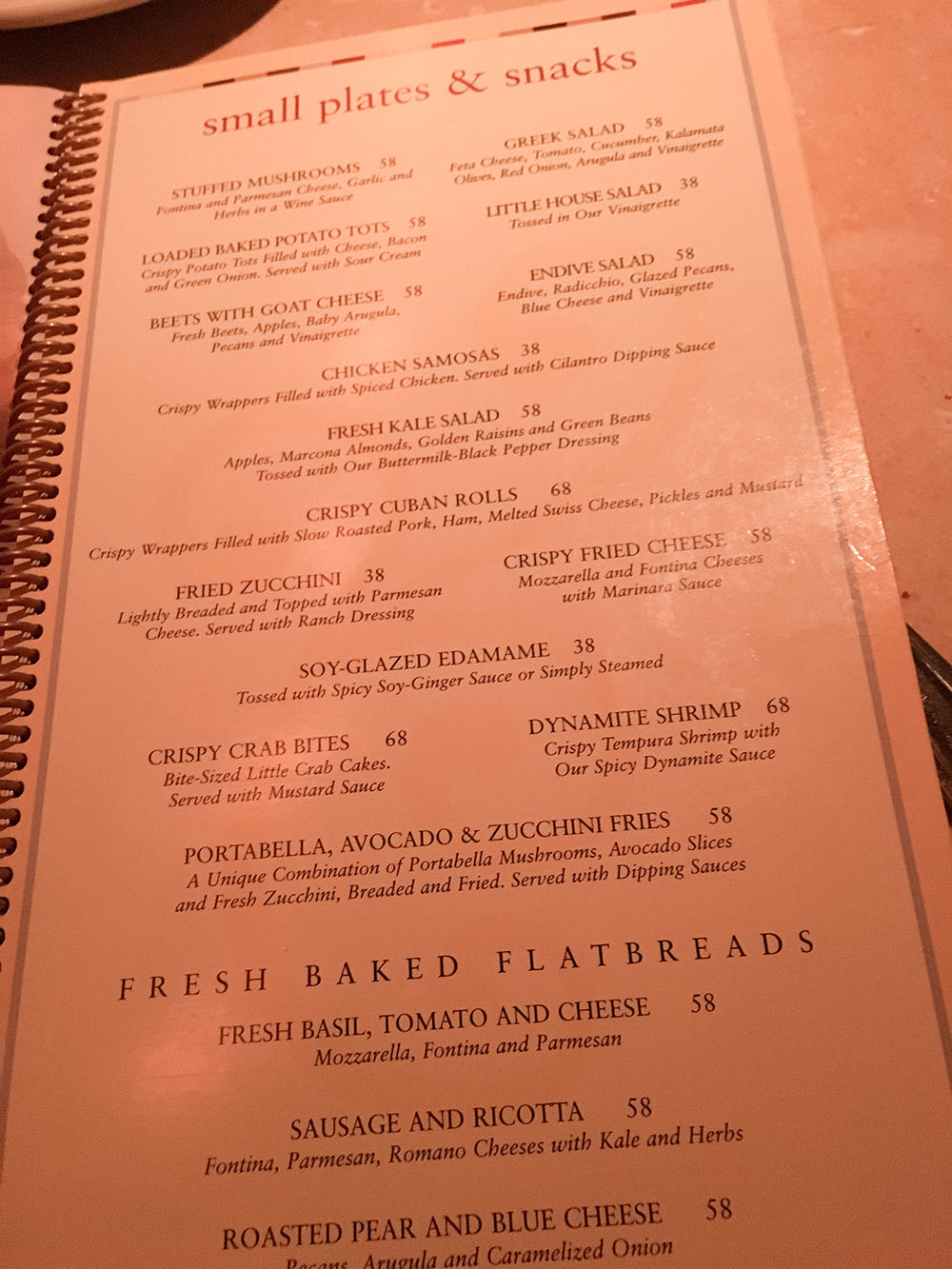 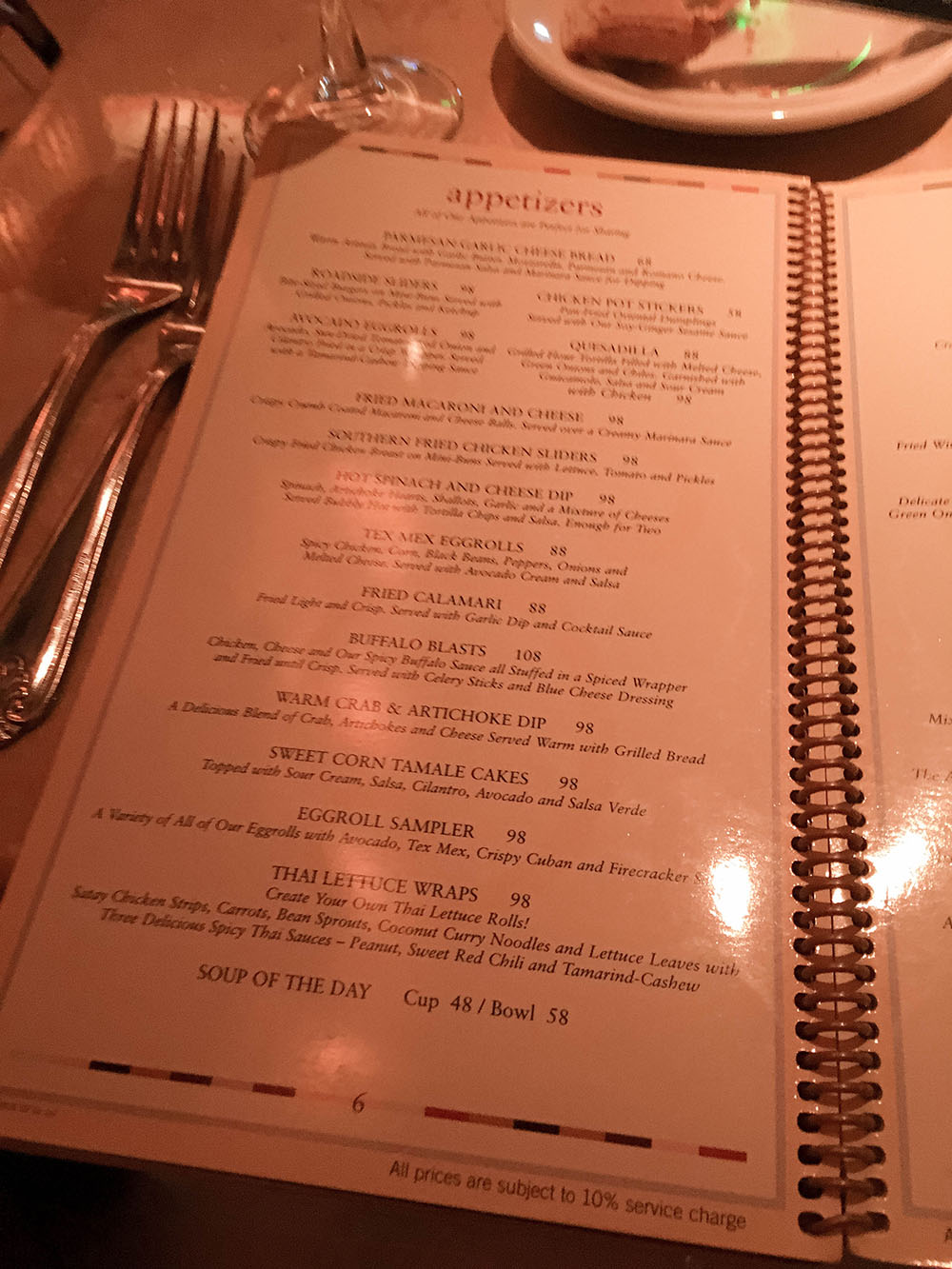 Our waitress was called Smiley, I loved her already! We ordered cocktails to start 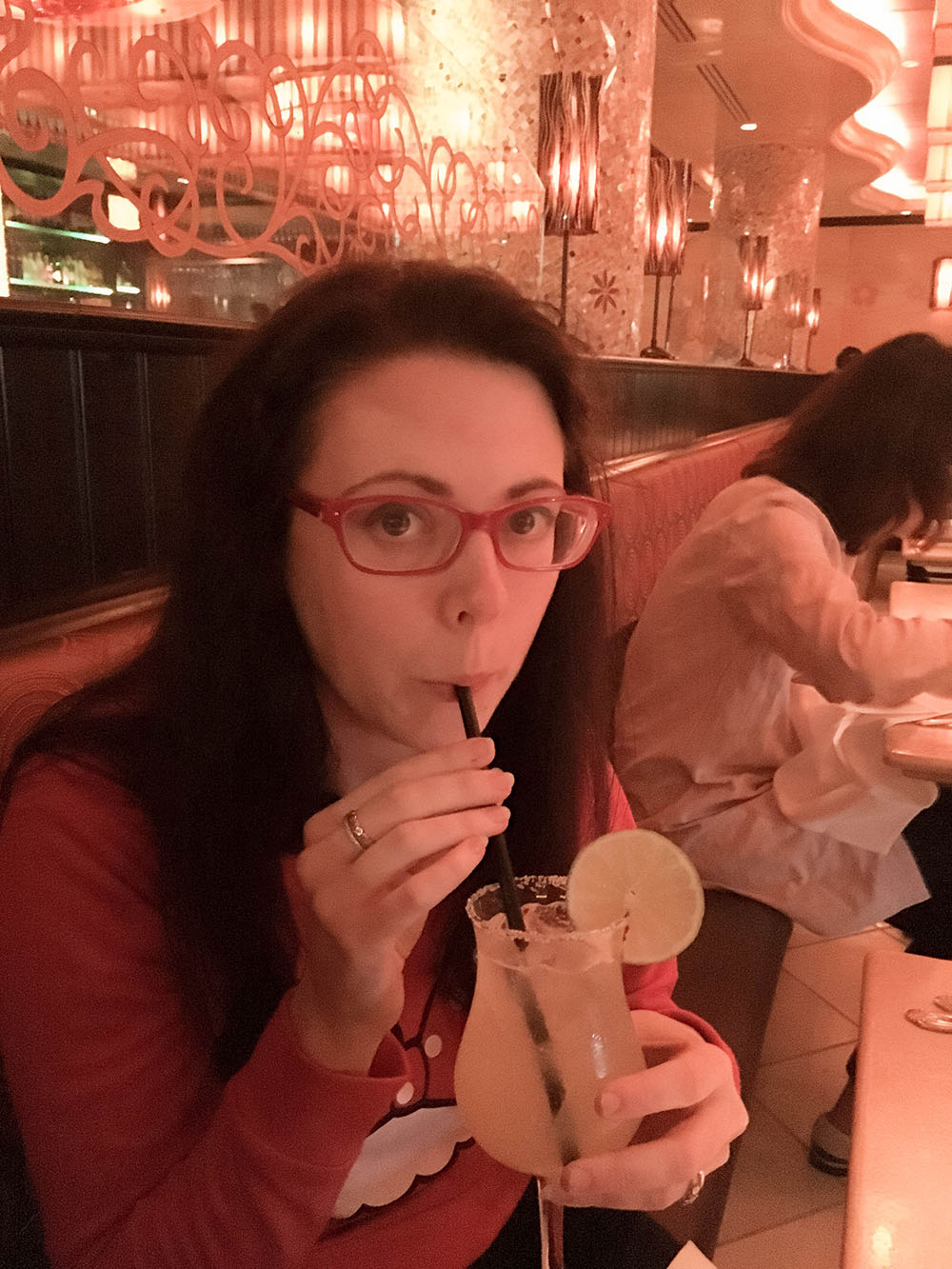 Then came the lovely bread basket and we ordered. 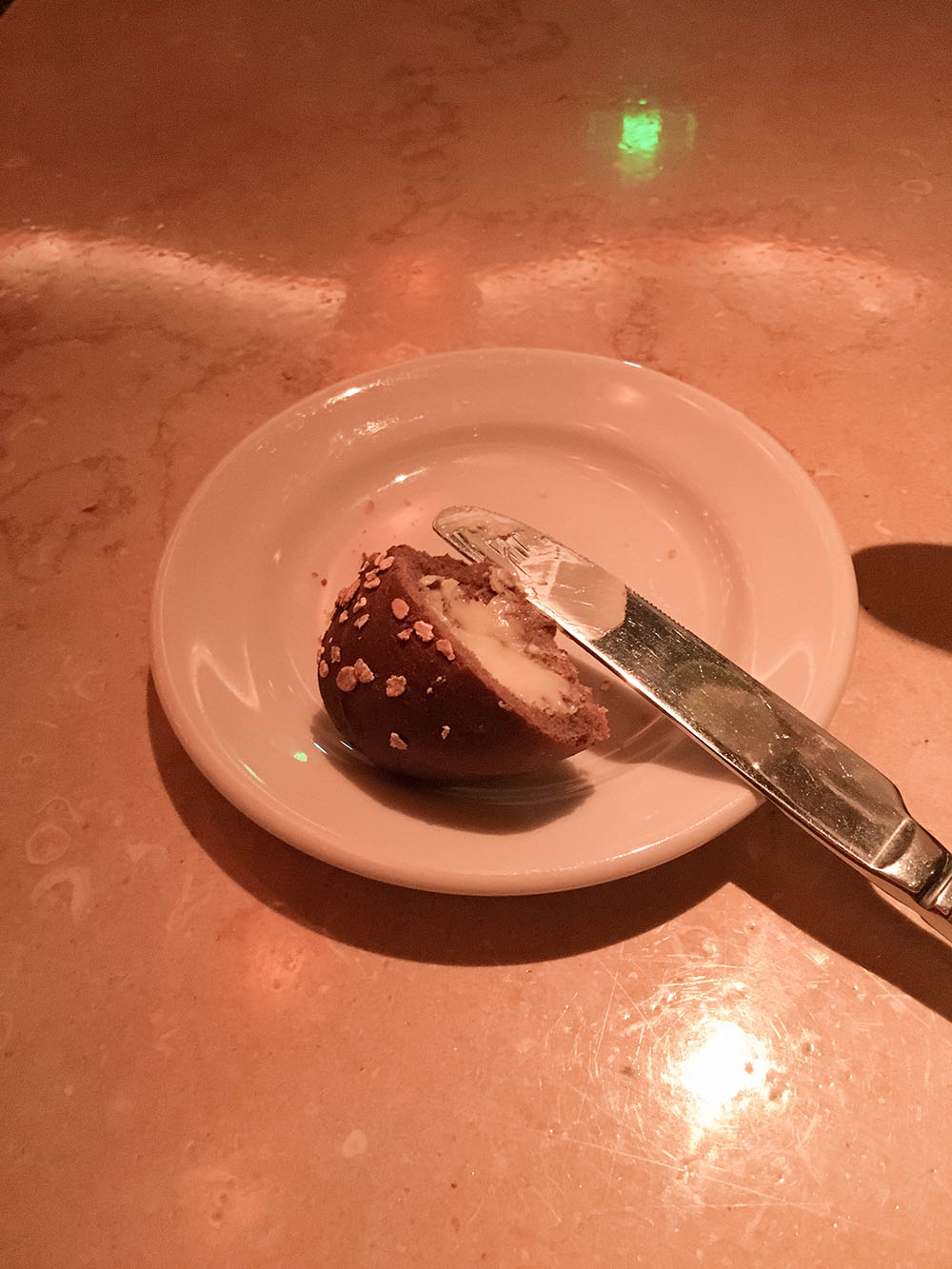 We thought we were being kind by pointing out the items on the menu but most of the time Smiley didn’t understand until we said it verbally. We later saw a new member of staff learning and reciting menu items so I think they memorise the names verbally but don’t recognise them written down. Makes a lot of sense I guess, I had the same issue in Japan, I knew words when spoken but written down I wouldn’t have had a clue what the characters meant!

My husband went with the potstickers (approx £6.80) 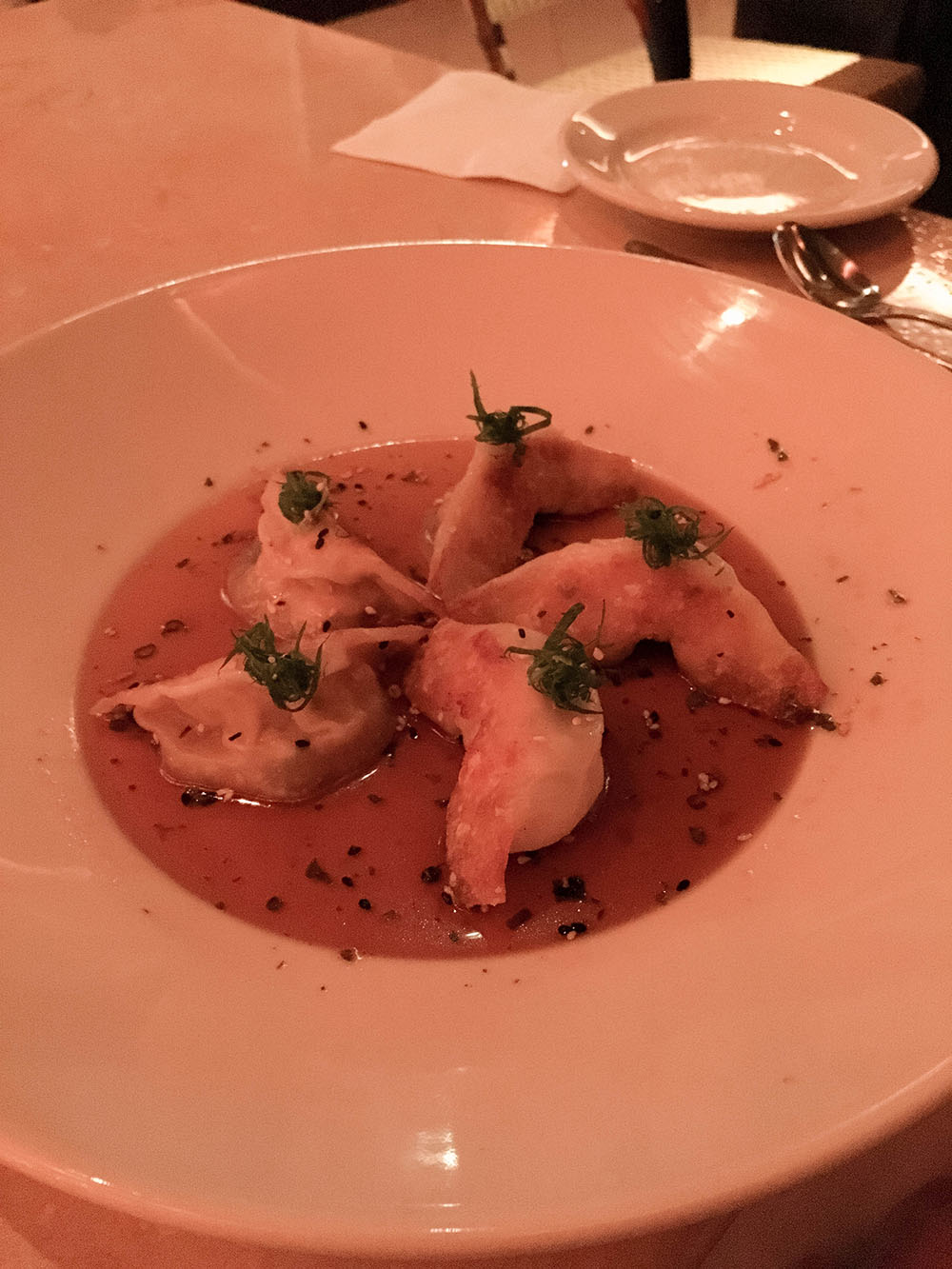 and I had the pear and blue cheese flatbread (approx £6.80) 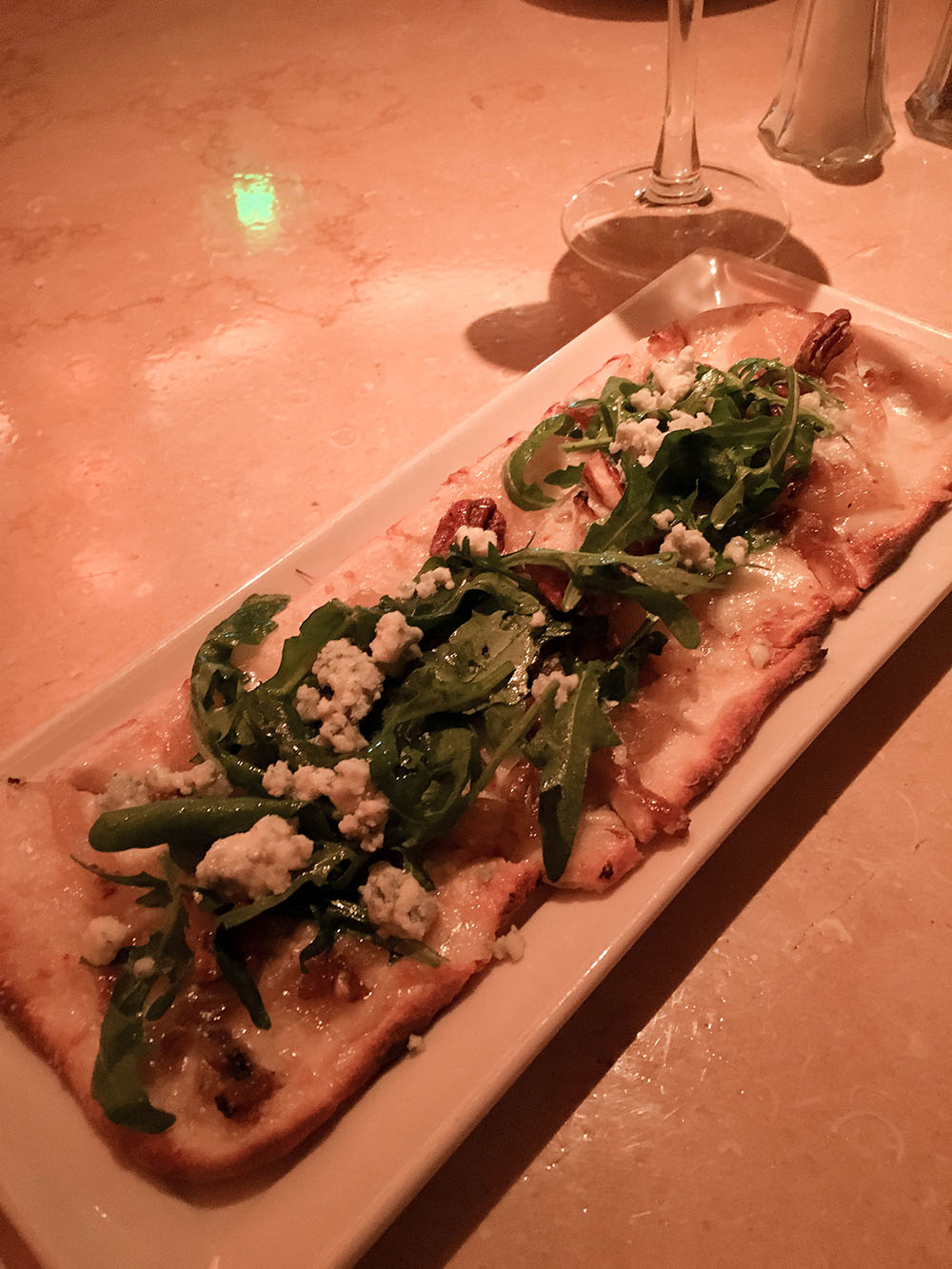 These were both lovely.

Next came the mains, when they arrived we realised our mistake, they were HUGE!

My husband’s was the Jamaican chicken and shrimp (approx £18.60) 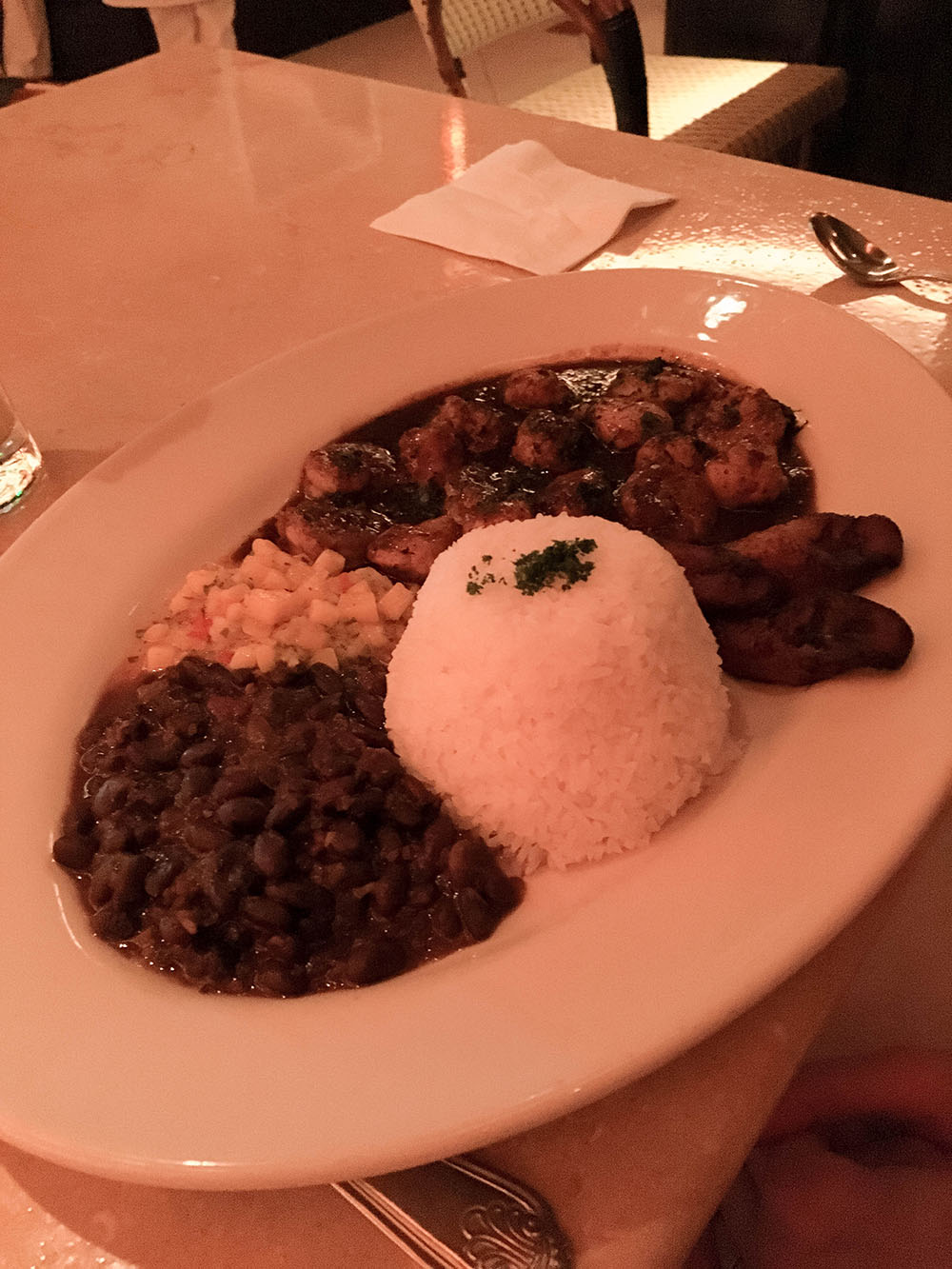 and chicken littles (approx £14) for me 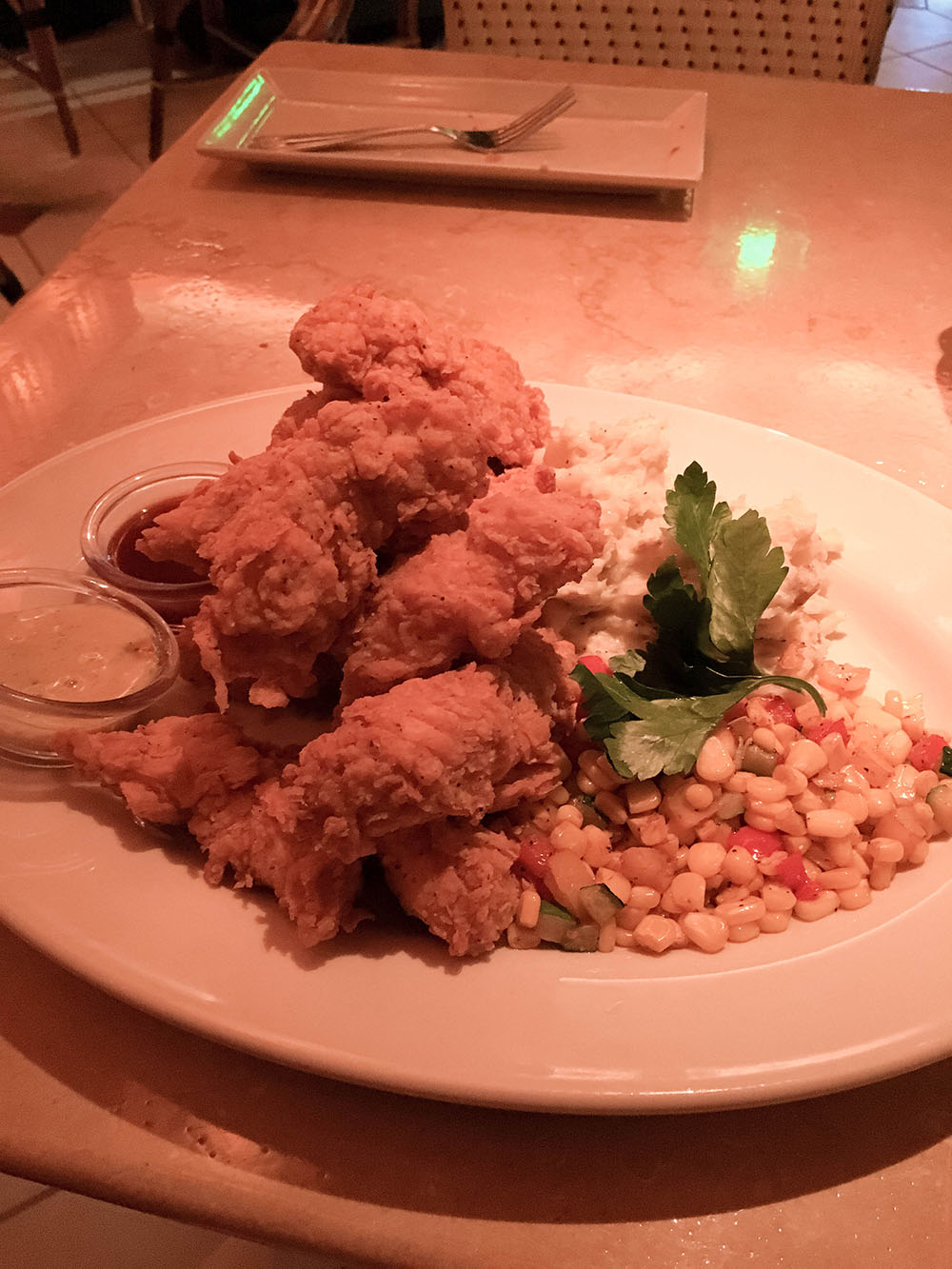 I can only assume that name was supposed to be ironic, there was nothing little about the plate in front of me, look at it!

I managed barely half. I realised not long afterwards that many of the tables around us were sharing mains, I recommend you do the same!

Our plan was to order cheesecake to take back and eat for breakfast and sharing one now but as we were stuffed we just ordered one to go. 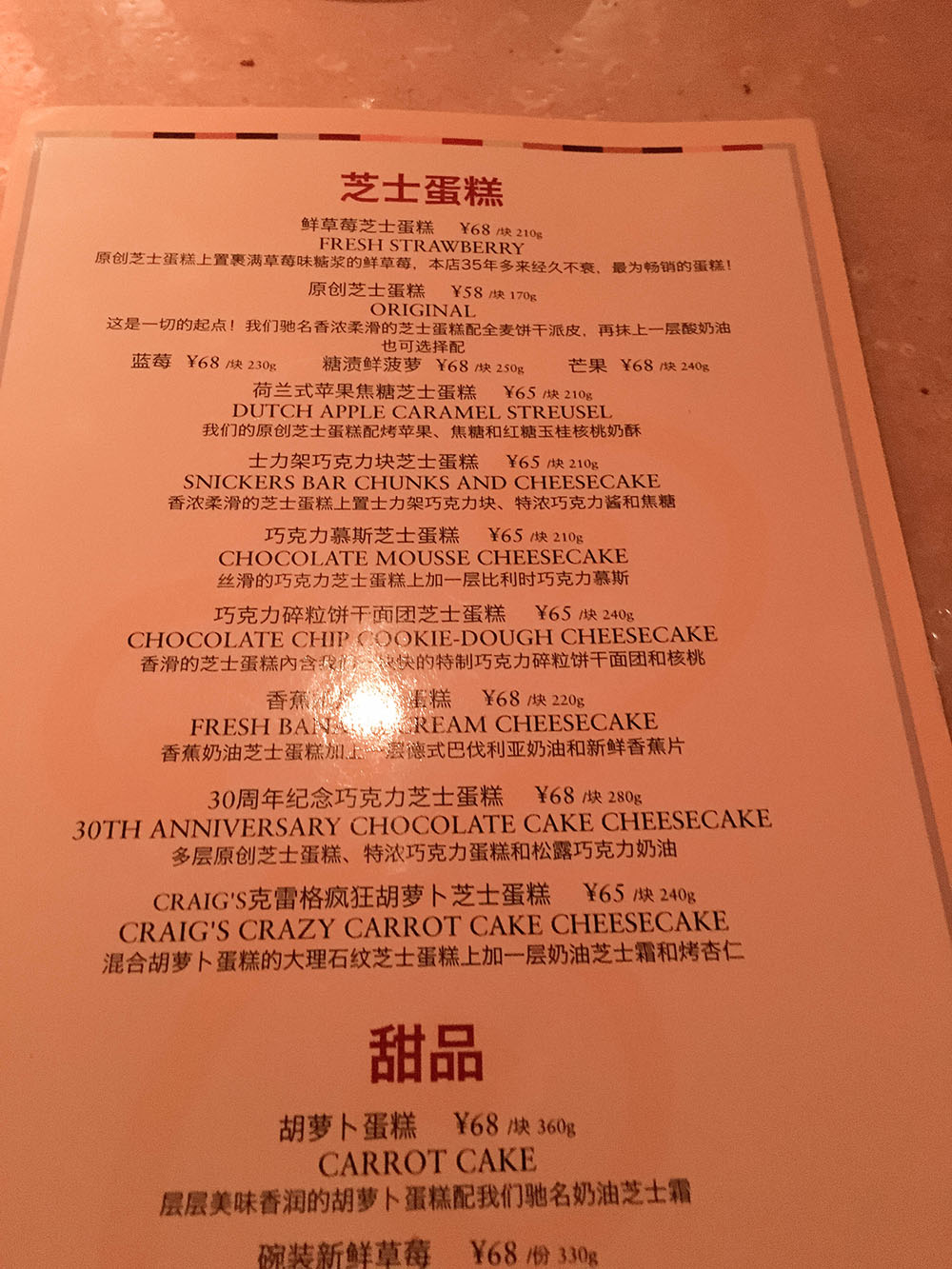 Next we headed to buy our goodies from world of disney that evening so we could pack them, there was 40% off the grand opening items if you bought 2 or more items so we took advantage!

I got the medium mickey plush, but we couldn’t find a minnie, I had spotted her earlier in the day inside the park though so I decided to get her the following day.

We also picked up a magnet, a photo holder, and then a mug, because you know, we ALWAYS get a mug!

I also bought some tsum tsums, I just had to have this 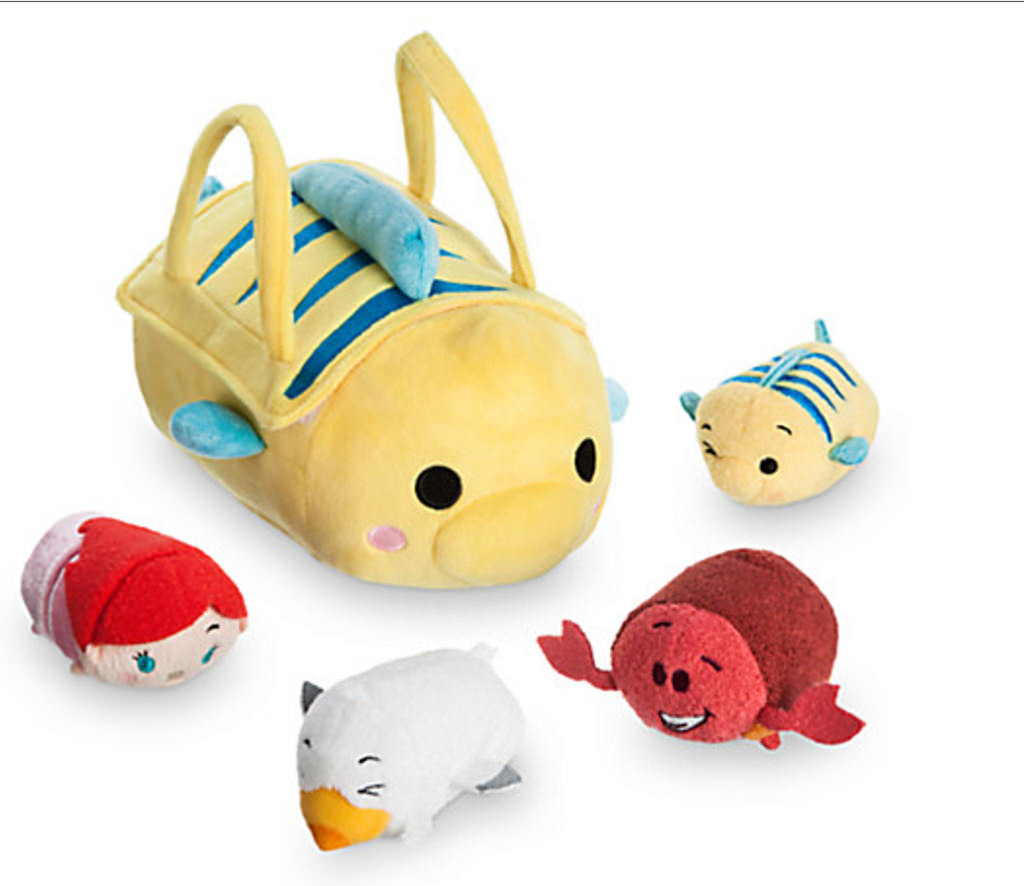 I don’t know what each item cost as they aren’t labeled on my receipt but all the above came to £57 so minus the Tsum Tsum at £30 everything was pretty much a bargain!

Stuffed, shopped out, and shattered we headed to the bus stop, where a bus was waiting naturally!

Back to the hotel for some rest before we started all over again tomorrow, we’d had such an incredible day! 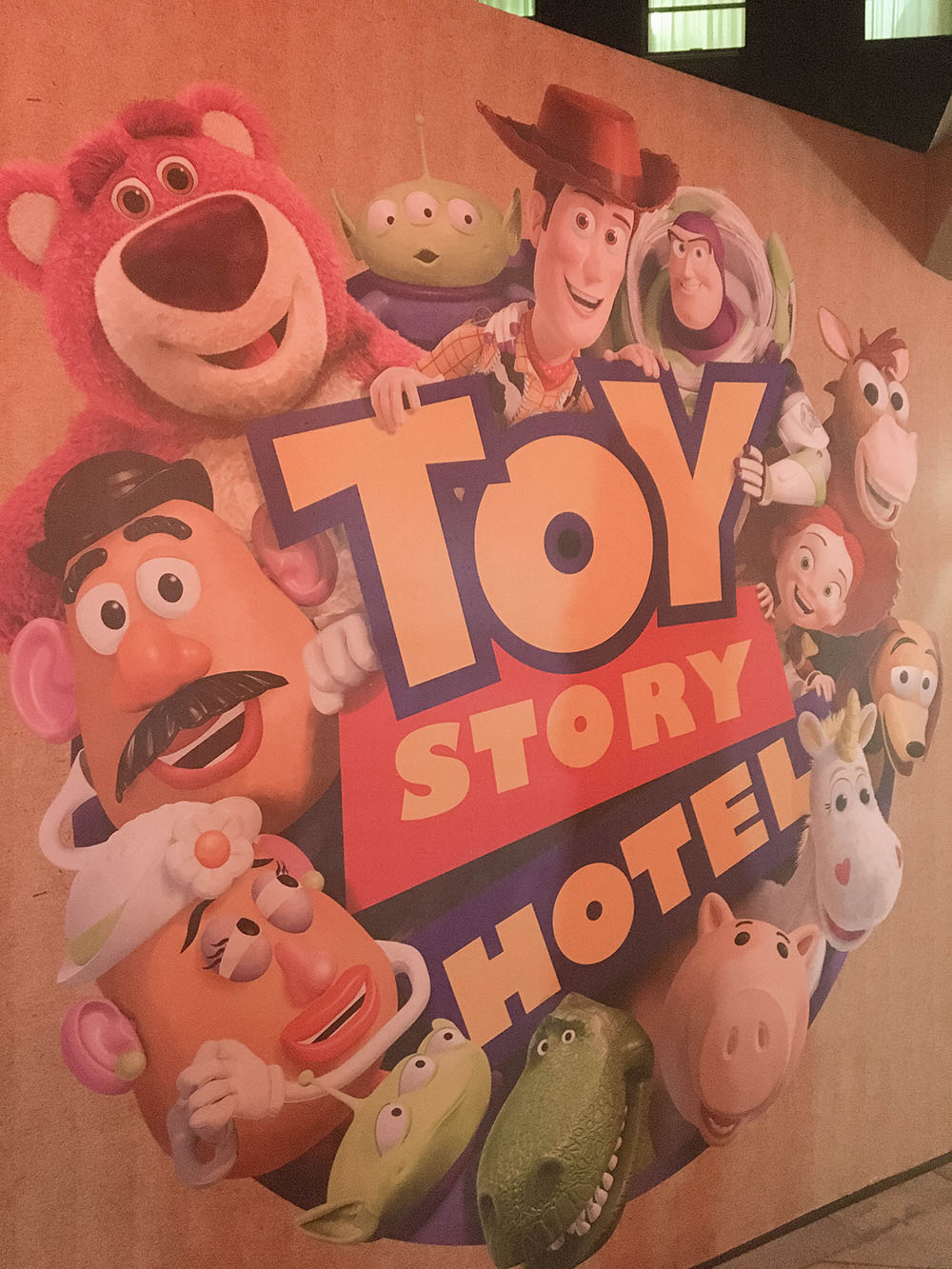 Check out the lovely slippers they give you! 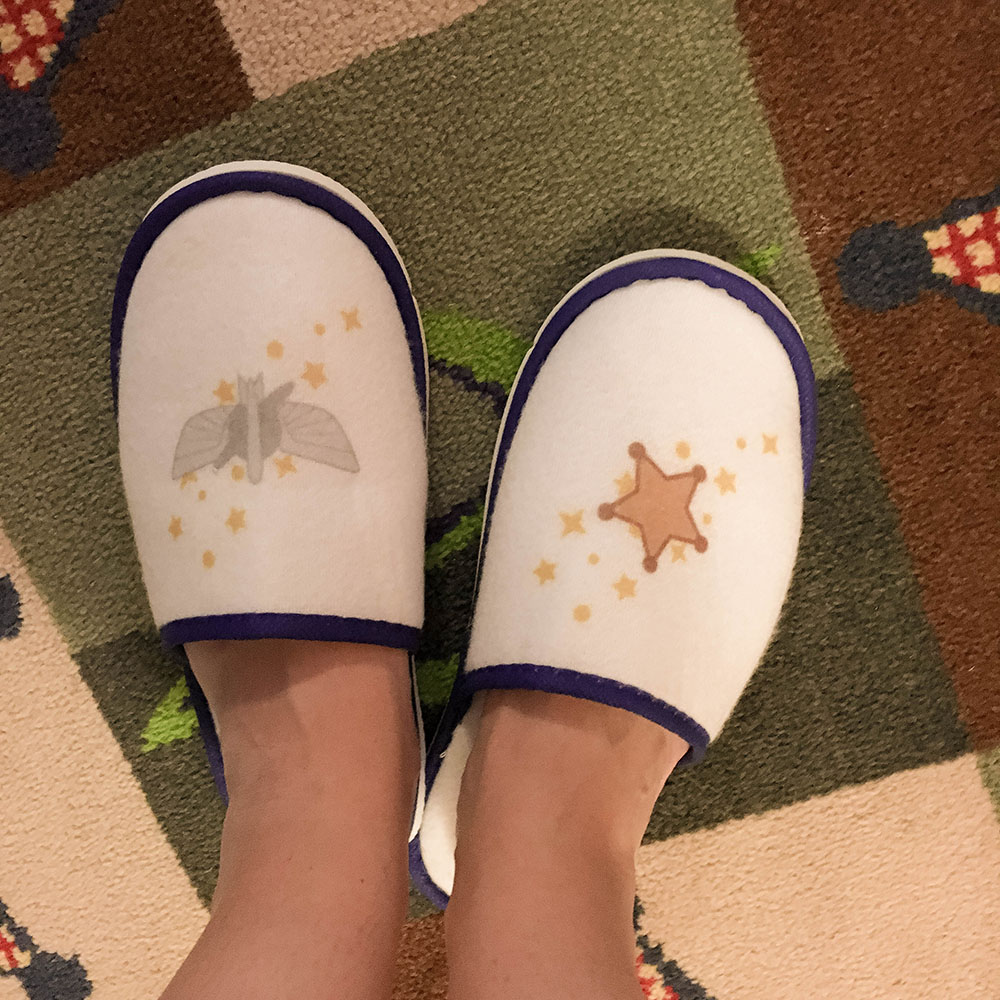 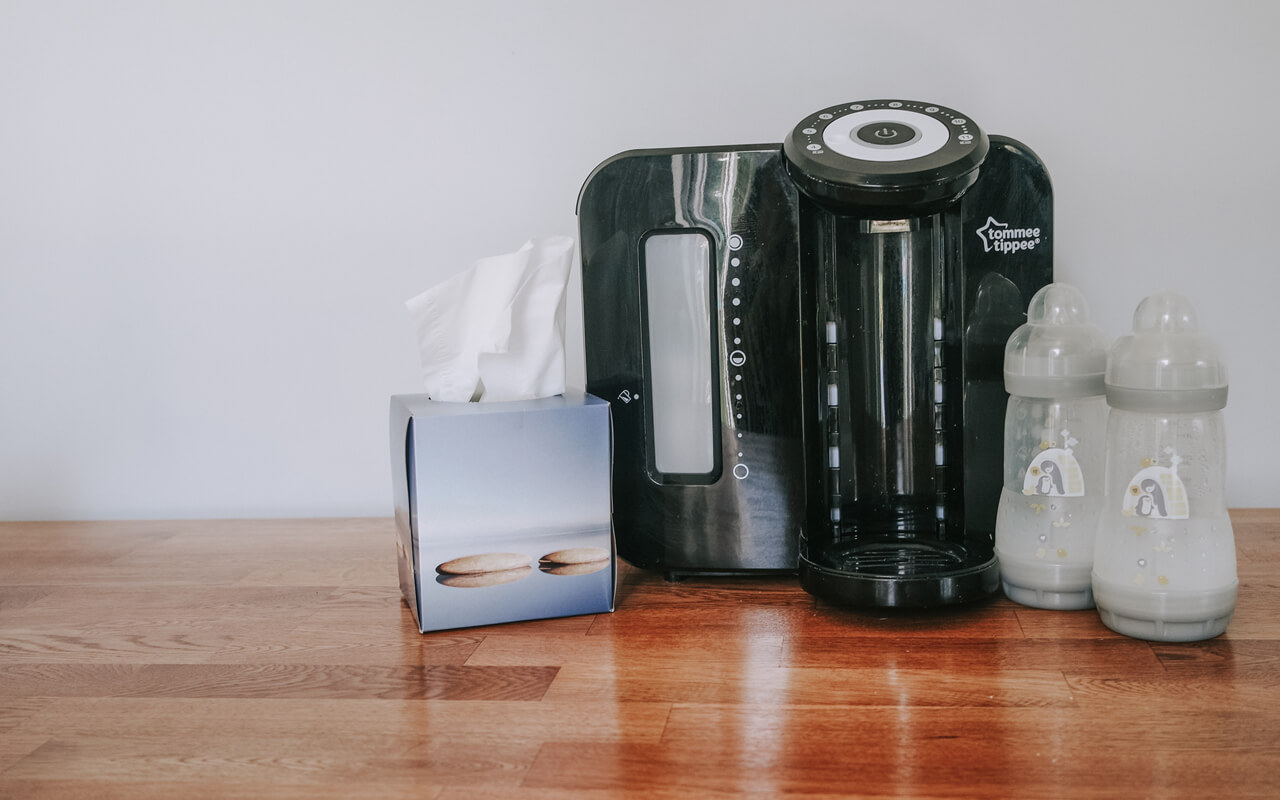