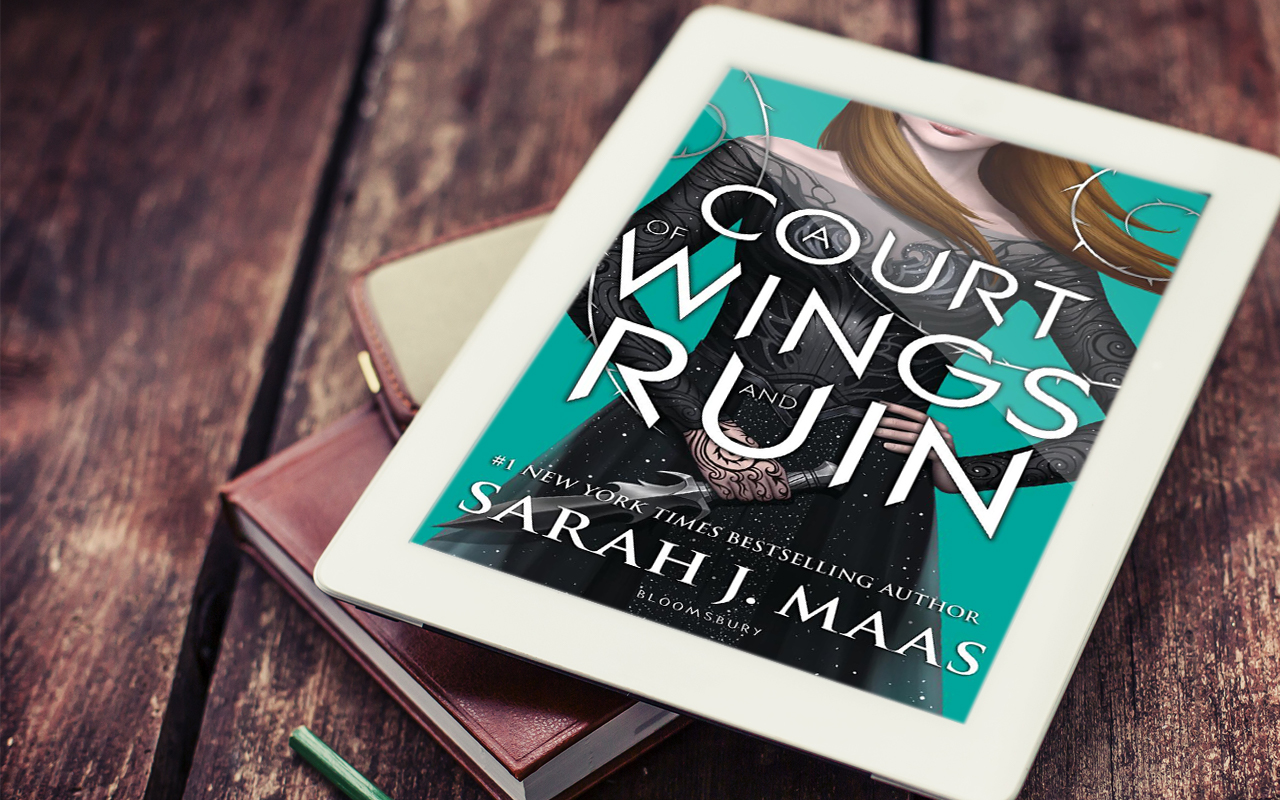 A court of wings and ruin excerpt – Feyre has returned to the Spring Court, determined to gather information on Tamlin’s manoeuvrings and the invading king threatening to bring Prythian to its knees. But to do so she must play a deadly game of deceit-and one slip may spell doom not only for Feyre, but for her world as well.

In this thrilling third book in the #1 New York Times bestselling series from Sarah J. Maas, the earth will be painted red as mighty armies grapple for power over the one thing that could destroy them all.

Having loved to the point of worship the ToG series I started on this series a few years back. I’ll be honest, I enjoyed the first one, but I didn’t love it. The second, WOW. I rarely get emotional about a book but the 2nd in the series had me HOOKED! Thankfully it was a lazy beach holiday read, otherwise, I doubt I would have been able to function as an adult as I couldn’t put it down.

I was really looking forward to this final instalment I was worried about. I have a habit of hyping books up so much that they can’t possibly meet my expectations, I just always want them to be amazing. It’s like Christmas, the hype is always better than the actual event!

The “world” details and descriptions were fantastic. Maas is a genius at creating rich and detailed worlds and the locations in this book, some old and some new, added to the world created so far, as the book expanded out over a greater area than in previous books. This was pretty much necessary given the scale of the battles taking place but I loved the richness of it all.

I loved the further development of secondary characters. I didn’t feel Feyre or Rhysand developed further after the emotional journey that was book two, probably a good thing, given my emotional reaction last time! But learning more about secondary characters as they moved into starring roles was welcome. I’m guessing this was done based on the fact that we know further stories within the world are going to be written and released some time soon.

I wouldn’t say I “loathed” anything about it. There were “niggles” though that either annoyed or disappointed me.

At the beginning of the book, we spend a huge portion of time from Feyre POV. All fine, but after every action or conversation we are reminded that she doesn’t mean it, it’s a lie, it’s an act. Fine, I get it, it was annoying to be reminded constantly of that particular plot point. I was pretty thankful when this was over if I’m honest.

The sex scenes felt pointless and inappropriate on occasion. They were also a little more graphic than I usually expect in YA lit. I’ve read mills and boon novels with less sauce! Maybe because this book lacked the “will they won’t they” suspense of book two, it felt less steamy, more trivial than it did previously.

The ending. sorry! I know some people loved it, I just didn’t. I wasn’t unsatisfied by the ending in any way, which is usually the big let down in final books. Instead, I felt it was rushed and a little less well thought out. It lacked the detail that the build up had, especially when during the last quarter of the book I had been on the edge of my seat!

I’m usually annoyed when loose ends aren’t tied up, but as I know the story will continue in some parts (hopefully with Lucien, he was absent for far longer than I wanted!) I’m ok with it

Luckily this one did live up to my expectations, mainly at least (hence 4 stars, not 5!). I just didn’t love it as much as I did the 2nd book. Overall for me, it lacked the emotion and the suspense that I loved so much in the previous instalment.