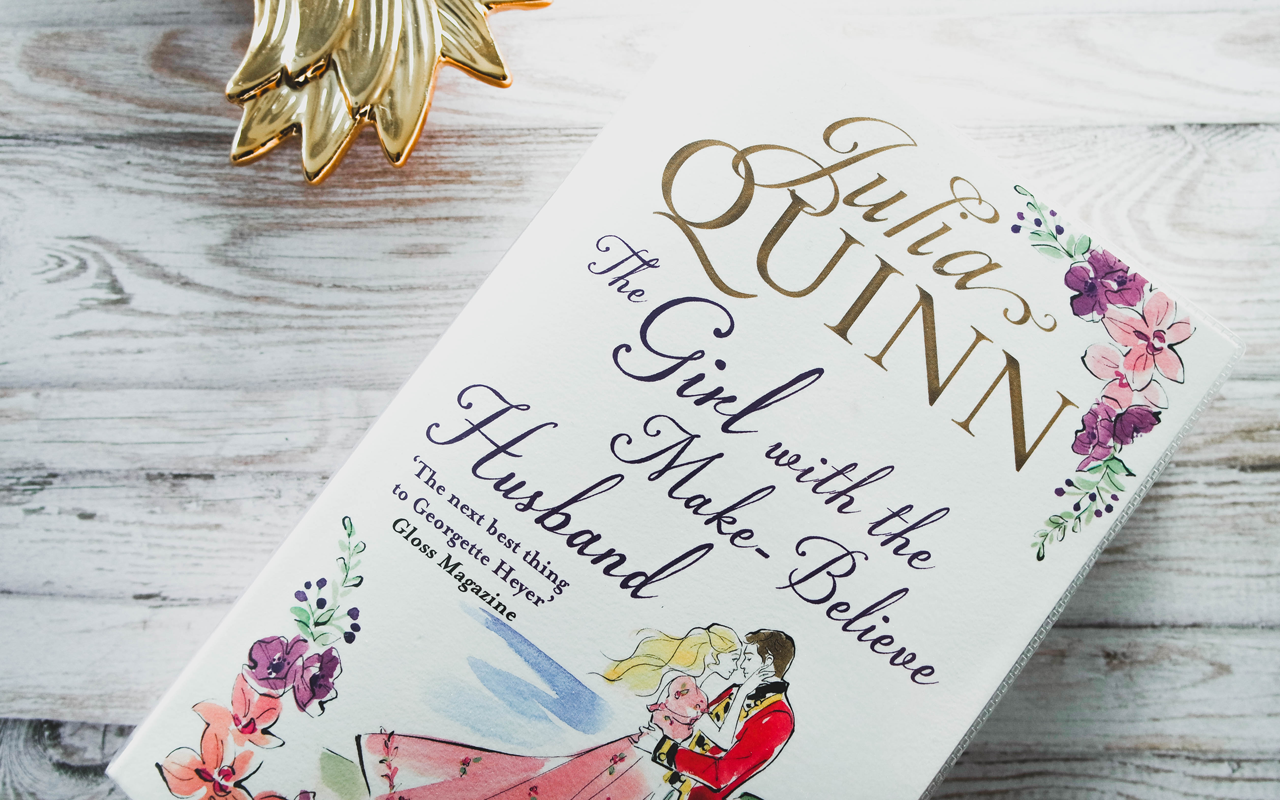 With her brother Thomas injured on the battlefront in the Colonies, orphaned Cecilia Harcourt has two unbearable choices: move in with a maiden aunt or marry a scheming cousin. Instead, she chooses option three and travels across the Atlantic, determined to nurse her brother back to health. But after a week of searching, she finds not her brother but his best friend, the handsome officer Edward Rokesby. He’s unconscious and in desperate need of her care, and Cecilia vows that she will save this soldier’s life, even if staying by his side means telling one little lie . . .

I LOVE Julia Quinn, since picking up the Bridgerton series many years ago I’ve been in love with the original plot lines and the wit that she weaves into the character interactions. This is the second book in the most recent series and is one I’ve been looking forward to reading for a while.

Firstly the plot is very original. I often feel when reading romantic fiction that I’m reading the same plot over and over again, so it’s always a refreshing change to pick something up that doesn’t follow the usual formula.

I particularly loved Cecilia Harcourt as a heroine and found her interactions with Edward throughout the novel very entertaining.

This is one of very few novels I’ve read based in America during the Revolutionary War and this added to the uniqueness for me. I can’t comment on its historical accuracy, but as a setting, it was an interesting one.

Due to the concept of the novel “already thinking they are wed” there is a lack of romance throughout the novel and for me that did mean it felt a little slow paced in places.

Things did start to improve towards the end, I just wasn’t as entertained as I usually am by Julia Quinn’s novels, which was a bit of a shame.

An original and entertaining read. I’m looking forward to the third book in the series, which is due for release May 29th 2018.