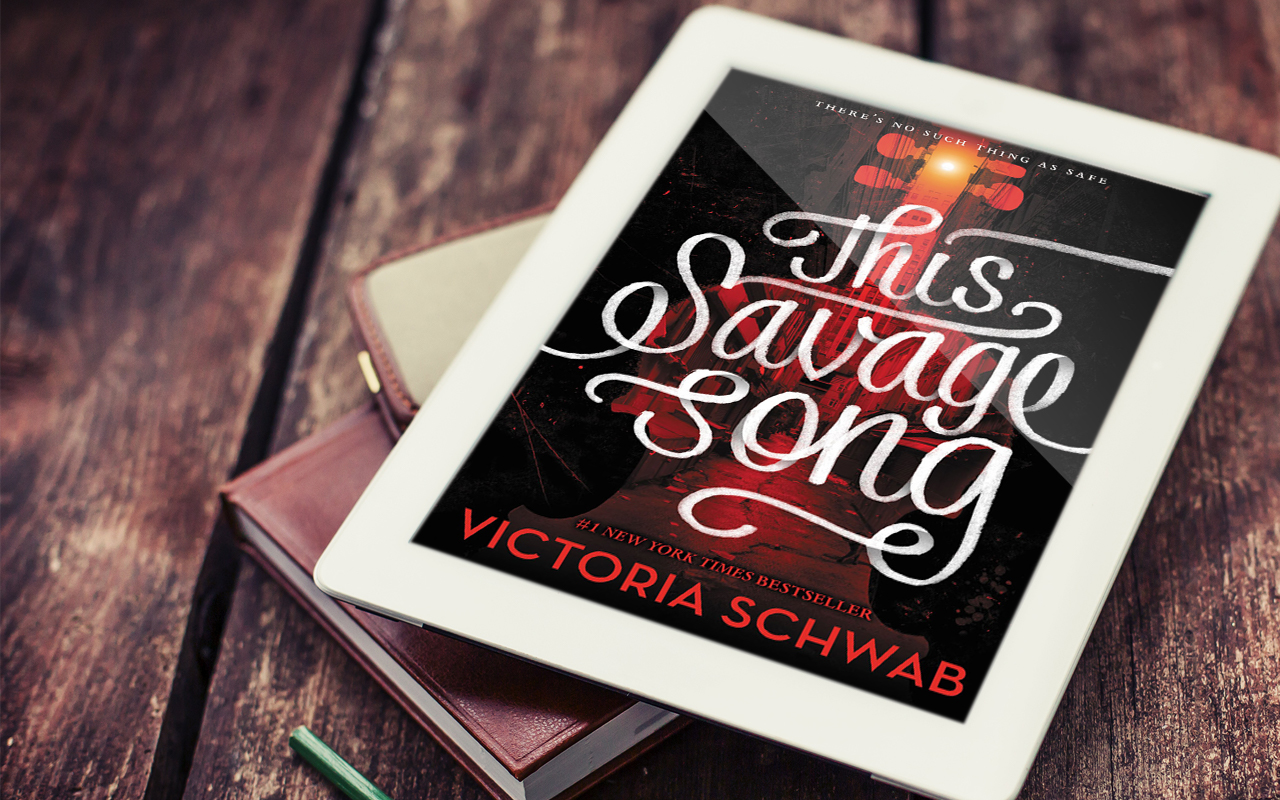 “Kate Harker and August Flynn are the heirs to a divided city—a city where the violence has begun to breed actual monsters. All Kate wants is to be as ruthless as her father, who lets the monsters roam free and makes the humans pay for his protection. All August wants is to be human, as good-hearted as his own father, to play a bigger role in protecting the innocent—but he’s one of the monsters. One who can steal a soul with a simple strain of music. When the chance arises to keep an eye on Kate, who’s just been kicked out of her sixth boarding school and returned home, August jumps at it. But Kate discovers August’s secret, and after a failed assassination attempt the pair must flee for their lives.“

I actually bought the kindle edition waaaaay back in December 2016 when I saw the good reviews and the fact it was currently on sale at a bargain 99p I’m sorry to say it was downloaded and added to my massive TBR list on Goodreads and forgotten about. A few months ago I then started to see a few people in book chats mentioning how much they’d loved it and when I spied the sequel on display at my local library I knew now was the time to give it a try.

This being my first VE Schwab novel I wasn’t sure what to expect, although I had very high expectations for the novel and knew I was in for a treat.

It’s difficult to pinpoint exactly what made me love this book so much, as it wasn’t one or two stand out things. It was the whole thing rather than individual elements. I guess you could say that it was the way the book made me feel rather than what actually happened, does that even make sense?!?

I really loved the quirkiness of it all the most. The premise that monsters are created through acts of evil and that they have effectively taken over is so whacky, and yet, ever so slightly too close to the truth you can’t help but think it’s closer to reality than you’d like it to be.

The characters themselves were so lovably flawed as well. As we are told that monsters are “created” it was fun to see how characters like August dealt with ordinary situations and emotional states, made difficult to deal with considering the fact he hasn’t “lived” all that long.

In the same way I struggled to think of a specific reason I loved it, I’m struggling to dislike anything, not even a niggle. But I didn’t give it 4 stars so there has to be SOMETHING right?!?

Well ok, if pushed I would say that the unique premise of the book meant I struggled a bit at first to really get a sense of the world, the rules, and what the hell was actually going on. VE Schwab does a great job of helping with this, but I would say I was a good 30/40% of the way through before I fully “got it”  but once I did, there was no way I was putting this one down!

This book and its sequel have absolutely BROKEN me. I’m almost afraid to get started on A Darker Shade of Magic now. I think I need a break to mentally prepare myself first!

You can purchase This Savage Song on Amazon today